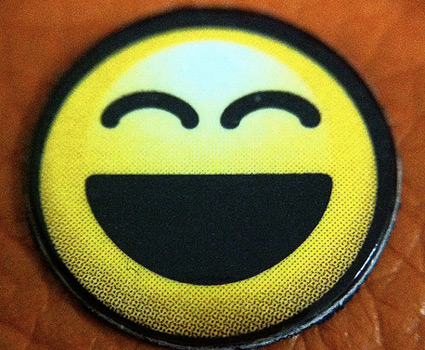 It's displays of rude advocacy like this that Rep. Mario Diaz-Balart finds so heinous.<a href="http://www.flickr.com/photos/weesen/5325985861/">Wee Sen Goh</a>/Flickr

On Tuesday, Miami Herald political reporter Marc Caputo asked Rep. Mario Diaz-Balart (R-FL) what he thought about President Obama’s foreign policy accomplishments, such as the killing of Osama bin Laden and the NATO Libya mission. The Cuban-American congressman—who had just thrown Mitt Romney his glowing endorsement—responded with the following: “I applaud President Obama for doing two things: for keeping the policies of the Bush administration…”

And that’s as far as he got before Caputo started chuckling. The Republican congressman wasn’t terribly pleased with that, thus commencing a weird philosophical debate between the two over the nature of political “advocacy.”

The laugh, Caputo writes, came out of his “surprise [that] Diaz-Balart wasn’t giving any credit to Obama without strings attached.” Caputo has since posted audio of the spat online. After reading the transcript of their lively disagreement, it’s exceedingly difficult not to imagine it as a long-lost Abbott and Costello routine:

Diaz-Balart: “You laugh, are you a reporter or a debater?…It’s funny because—and I’m not giving you a hard time here, but usually reporters are reporters, not advocates.”

Caputo: “Give me an example of advocacy.”

Diaz-Balart: “Right now! You’re laughing about my position…You’re an advocate! By the way, you have the right to be. I love advocacy.”

Caputo: “I disagree with your characterization of advocacy.” 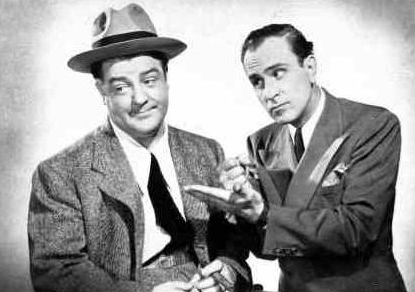 Caputo: “I respect your right to get it wrong that I’m advocating.”

Diaz-Balart: “And I respect you when I give a point of view that you disagree with, laughing about it.”

Caputo: “I don’t know why you think I disagree with it.”

Diaz-Balart: “You laughed about it.”

The allegation that Caputo was basically doing George Soros‘ dirty work is a tad much. He let out a mild giggle over a pretty ridiculous statement.

It is strange, though, that Caputo was so “surprised” by the congressman’s answer. It’s common nowadays for conservatives—whether they’re presidential candidates or talking heads on Fox—to dismiss Obama’s foreign policy successes as flukes or simply products of the previous administration. It’d be wishful thinking to expect any more from a GOP congressman, especially on the same day that he announced his endorsement of the president’s likely rival in the 2012 election.

As for Diaz-Balart’s claim that Obama preserved the Bush-era policies, it’s much harder to laugh that one off: When it comes to the Obama White House’s position on warrantless wiretaps, the stunning lack of transparency, the hefty price-tag of the administration’s clampdown on state secrets, and the aggressiveness and expansion of international counterterrorism measures, there’s solid basis for that bit of the Florida Republican’s argument.