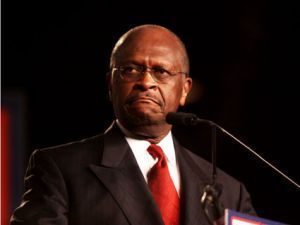 The most pressing economic issue currently facing the world, as my colleague Kevin Drum pointed out on Wednesday morning, is the ongoing collapse of the Italian economy. With CNBC’s presidential debate set to focus on jobs, it was an obvious question—and it came immediately after the candidate introductions.

So were the GOP candidates ready for it? Well, not exactly. Asked point-blank what he would do as president during such a crisis, Herman Cain’s first answer was a bizarre non sequitur. His response, he said, would be to…create jobs. Pressed by the host, Maria Bartiromo, as to how specifically he would react as president to the Italian crisis, he punted. “There’s not a lot the US can do for Italy right now,” he said. “They’ve gone beyond the point where we can help them.” (That’s news to Europe.)

It’s an odd answer not just because Cain has had three weeks to prepare for the debate, but because his biggest liability—other than that whole harassment thing—is that he never offers any specifics about anything. Italy would have been a good chance to demonstrate that, if nothing else, he read the newspaper this morning.

Former Massachusetts Gov. Mitt Romney didn’t get much more specific in his answer to the question, stating that America’s best choice was to let Italy fail.