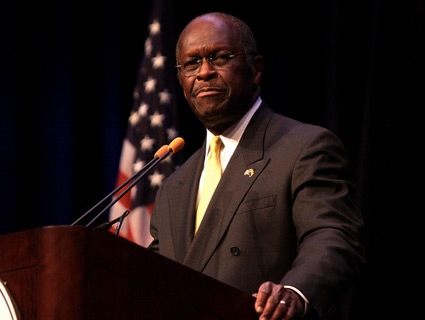 Cain, for his part, tried to blame the media for focusing on “unfounded accusations.” (There were at least two instances of sexual harassment allegations that lead to financial settlements for the alleged victims while Cain was head of the National Restaurant Association, so it’ s not accurate to call the reports “unfounded.”)

Cain went on to offer a rather strange defense, saying, “For every one person that comes forward with a false accusation, there are probably thousands who will say that none of that sort of activity ever came from Herman Cain.”

While having the majority of women you’ve met not accuse you of sexual harassment might seem like a low bar for a human being, let alone a presidential candidate, the debate audience cheered enthusiastically.