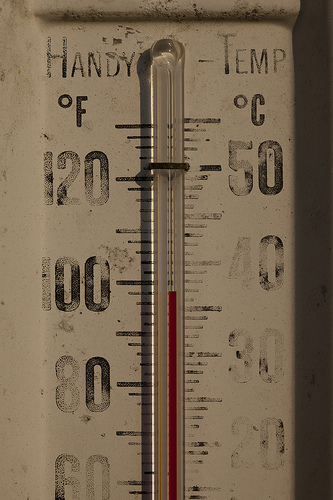 2010’s Cancun agreement on climate change called for periodic review of whether member countries were doing enough to prevent catastrophic climate change. We already know that the stated commitments on cutting emissions aren’t enough to reach the goal of keeping warming under 2 degrees Celsius (3.6 degrees Fahrenheit), but at least countries agreed to reevaluate down the line.

How far are we from the goal of limiting global warming to 2 degrees? Still pretty far. Even if countries make good on the emissions cuts they promised last year (which isn’t likely), we’re still only 60 percent of the way toward staving off the worst impacts of climate change. The United Nations Environment Program and the World Resources Institute released a report on this problem last year. It’s called the “Gigaton Gap.” The two groups found that even if countries meet the more ambitious end of their pledges, they’ll have to find a way to cut another five gigatons of emissions if we’re to keep global warming at 2 degrees.

That said, there’s still a heated (sorry) debate about whether 2 degrees, the goal previously agreed to, is even strong enough. The nations that will be most impacted by climate changes have called for a 1.5 degree goal (see my coverage of the issue from 2009 and 2010). Those countries argue the lower goal is necessary to avoid major impacts in small island nations and equatorial countries—an issue that is bound to be contentious once again this year in Durban. But if we’re not going to make the 2 degree goal, we’re certainly not anywhere near making the 1.5 degree mark.

Negotiators finessed this issue last year by including the “Review” section in the Cancun agreement, which calls for an “assessment of the overall aggregated effect of the steps” that countries have taken. It also calls for “consideration of strengthening the long term global goal,” using the latest science to determine whether a 1.5 degree goal is necessary. The first review period is supposed to begin in 2013, which is right around the corner. But exactly what that process will entail is another detail that will be up for discussion in Durban over the next two weeks.