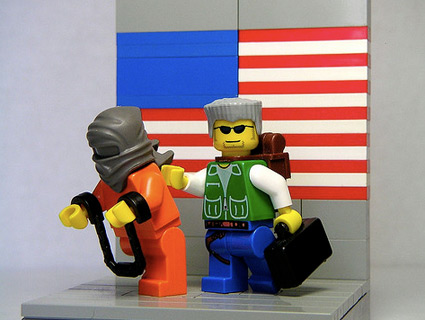 On Thursday, the Associated Press published their exhaustive investigation into “Bright Light,” a one-time CIA black site that was used in key anti-terrorism operations. From 2003 until its closing in 2006, Bright Light was one of the agency’s most vital detention and interrogation facilities in the Bush administration’s war on terror. Some of the most notorious terror suspects of the past decade—including alleged 9/11 architect Khalid Sheikh Mohammed—passed through the secret prison located near the heart of Bucharest, Romania’s capital. The AP, in conjunction with the German public television program ARD Panorama, uncovered details of the site’s interrogation program, building layout, and other critical information. Here’s the photo of the facility’s exterior that has been making the rounds online: 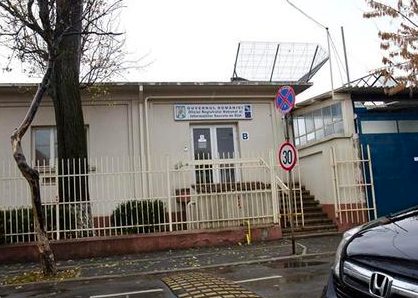 After gazing at that, you’re probably thinking that this top-secret CIA prison looks an awful lot like a rundown DMV. The report describes the black site as “hiding in plain sight, on a leafy residential street along a busy set of train tracks in Romania’s capital”:

Unlike the CIA’s facility in Lithuania’s countryside or the one hidden in a Polish military installation, the CIA’s prison in Romania was not in a remote location. The building is used as [the Romanian government’s] National Registry Office for Classified Information, which is also known as ORNISS. Classified information from NATO and the European Union is stored there. Former intelligence officials both described the location of the prison and identified pictures of the building.

Although ex-intelligence officials told the AP that waterboarding did not take place at Bright Light, they did confirm that other “harsh interrogation tactics”—*cough* torture! *cough* *cough*—were performed on high-value detainees in the basement jail. Before suspects were granted humane treatment (dental care, Halal food, and so forth), they were subjected to a month of sleep deprivation, stress positions, and other forms of physical interrogation.

True, the unpleasant, grisly details of Bush-era abuses are already widely known and verifiable. The AP story does, however, help to chip away at any remnants of CIA romanticism. After all, there is something rather blatant about this kind of torture being carried out in an ordinary, busy residential area—just like in Reservoir Dogs!:

Anyway, the whole piece is definitely worth a read.