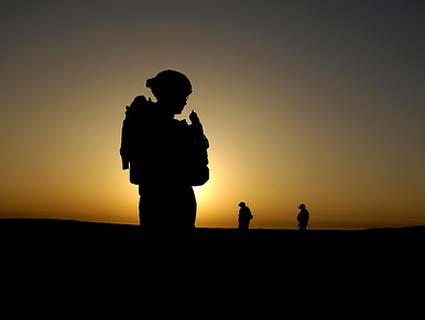 Last week the Obama administration announced that the Iraqi government would not be handing over Ali Mussa Daqduq—who is accused of masterminding an attack that killed several US servicemembers in Iraq and of being a member of Hezbollah—to the US for trial by a military commission. The attack involved Daqduq and associates allegedly fooling American servicemembers with false uniforms and ID cards, which is a violation of the Geneva Conventions.

Republicans like Senator Saxby Chambliss (R-Ga.) accused Obama of “once again completely abdicating its responsibility to hold on to deadly terrorists.” As with the Iraq withdrawal itself, Obama’s Republican critics seem to be operating on the assumption that the US can simply go ahead and violate Iraq’s sovereignty without causing any adverse consequences.

The fear was that Daqduq would be released by the Iraqi government, but it appears he’ll instead be charged with a minor offense associated with his passport. At Lawfare, Robert Chesney writes that they’re “plenty of blame to go around” for this outcome, but I’d argue that this line in the Associated Press report Chesney links to explains who is really at fault:

Under former President George W. Bush, prosecutors had planned to charge Daqduq in a U.S. criminal court. But those plans were scrapped after President Barack Obama took office and lawmakers began restricting his ability to bring terrorist suspects into the United States for trial.

There’s no guarantee that the Iraqi government would have turned him over if he had been promised a federal trial, but National Security Council spokesman Tommy Vietor told the New York Times that “a transfer to Gitmo was a non-starter for the Iraqi government.” If Daqduq is indeed guilty, the fact that he will not be punished is in part the result of Republicans’ arbitrary politicization of terrorism trials and the Obama administration’s meek acquiescence to them doing so. The consequences to individual rights and liberty here in the United States have been terrible, but the same is true of efforts to hold terrorists responsible for their crimes.

*This post has been edited from its original version.