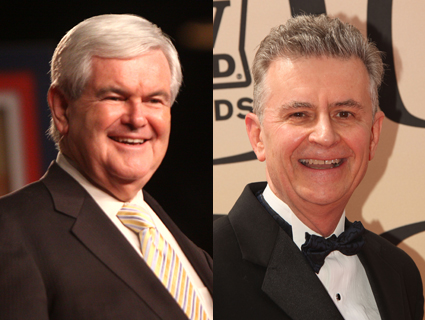 On Wednesday, former Congressman Fred Grandy (R-Iowa), best known for his role as “Gopher” on Love Boat, officially endorsed Newt Gingrich for the GOP presidential nomination. As Grandy told the Sioux City Journal, “[Gingrich] is the only guy that I see who is offering real leadership positions on these critical issues, whether you’re talking about foreign policy, or economic policy or cultural policy.” Newt, for one, was thrilled, tweeting that he was “honored” to have Grandy’s endorsement.

As a former conservative congressman, Grandy’s support could be an asset for Gingrich. But it should also give him pause. Since leaving the House, Grandy has reinvented himself as an anti-Islam activist, delivering dire warnings of the threat of what he calls “galloping Shariah” law. At a tea party event in Maryland in October, Grandy warned that Occupy Wall Street was being propped up by the Council American Islamic Relations—which, according to Grandy, is in turn a front for the Muslim Brotherhood. Is #OWS part of an Islamist plot to take over the United States? In the eyes of Gingrich’s newest endorser it is.

Grandy’s pet issue is the perceived creep of Islamic law into American courts—in October, he wrote that there had been “attempts in 23 states to use shariah law either in trial or appellate cases.” After losing his job as a talk radio host in March (in part because his wife, who co-hosted the show, had warned that the government had been infiltrated by “Shariah-compliant” officials), Grandy embarked on a “Shariah Awareness Tour,” culminating in a  appearance at the national Constitution or Sharia Conference in Nashville last month.

Of course, in linking Occupy Wall Street to Islamists, Grandy is only marginally more out-there than the man he’s supporting for President. Gingrich, as we’ve reported previously, has gone from courting Muslim leaders in 2001 to filming documentaries about the threat of stealth jihad. In 2010, he called for a ban on Shariah law in the United States.