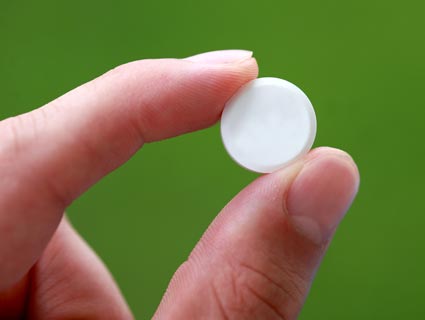 Wednesday, the Department of Health and Human Services upheld their decision to dispense Plan B One-Step—a one-pill emergency contraceptive—to young women only with a doctor’s prescription, overruling an FDA request to make the drug available over the counter to women of all ages. The restriction only applies to women under the age of 17. In a statement on the HHS website, Secretary Kathleen Sebelius outlined the administration’s reasoning: The FDA’s conclusion that the drug is safe, she says, did not contain sufficient data to show that people of all ages “can understand the label and use the product appropriately.” The outliers, she says, are the 10 percent of girls who are physically capable of child-bearing at 11.1 years old, and “have significant cognitive and behavioral differences.” HHS makes no mention of women older than 11 and younger than 17—statistically, those far more likely to be having sex, according to the Guttmacher Institute.

Below, I’ve listed some reasons why this decision looks problematic. (I’ve contacted HHS for their take on these criticisms, and will post an update if we get a response.)

1) It ignores sound science: As Nancy Keenan, president of NARAL Pro-Choice America, says in an agency press release, “Experts like the American Academy of Pediatrics long ago recommended that this emergency contraceptive medication be available for women of all ages.” Moreover, the FDA concluded that over-the-counter use of Plan B is safe for women of all ages.

2) All women will be carded before purchasing Plan B: “Because of this unprecedented overreach, emergency contraception will no longer be stacked on shelves,” explains Erin Matson, Action Vice President of the National Organization of Women (NOW). This means that women of all ages will have to approach the pharmacy counter to get Plan B, producing either a doctor’s prescription (if they are below 17) or identification that proves their age. For comparison, consider some other things society cards us for: alcohol (which hurts the brain, stomach, and nervous system, among other things), and cigarettes (which cause lung cancer).

3) Plan B won’t work as well: Plan B works best within 72 hours of conception, and it’s likely efficacy decreases as time passes. Forcing adolescent women to make a doctor’s appointment, get a prescription, and then tote it over to their local pharmacy actually lessens their chances of successfully preventing a pregnancy with Plan B.

4) Minors can more easily conceal abortions than emergency contraception from their parents: Of the 36 states that require parental consent or notification for a minor’s abortion, all but one (Utah) give minors an alternative to telling their parents. Minors can have another adult relative be notified of or consent to the procedure, or they can obtain a “judicial bypass” (approval from a court). Most states also include provisions allowing doctors to waive parental involvement in the case of a medical emergency or in cases of parental abuse, assault, incest, or neglect. The new Plan B decision leaves no obvious wiggle-room—it’s a blanket requirement. Given that teens below driving age would likely have to tell their parents of their need for Plan B to get to a doctors office, this means that laws regarding abortions for minors are now more lenient than are laws regarding minor use of emergency contraception. Huh?

5) Mad Awkwardness!: Let’s step away from policy rhetoric for a moment and revisit the plights of adolescence. How many 14-, 15-, or 16- year old women are so at peace with their sexuality, not to mention so sex-positive within their own families, that they would readily admit to having sex, in order to be driven to a doctor, in order to get a prescription for Plan B, as the likelihood of it even working in the first place dwindles with each passing hour? Going off of past studies of minors’ willingness to dish about their sex lives to parents—a 2005 survey, for example, found that about half of teens visiting family planning clinics went without a parent’s knowledge—my guess would be, not very many. And hey, given that they could likely get an abortion without telling their parents (see #4), teens in particularly reserved households just might end up taking their chances.