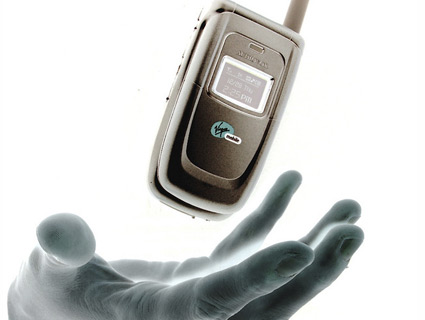 Right off the bat it sounds like a laughable rumor, perhaps on par with urban legends involving Hello Kitty cocaine. Sadly, the reality of Taliban cellphone jingles isn’t a joke at all to the people of Afghanistan—and can sometimes mean the difference between life and death. The Wall Street Journal reports:

Afghan shopkeeper Nasratullah Niazai has developed a brisk new business over the past year. For about $2 a pop, he uploads into customers’ cellphones a collection of Taliban songs and ringtones…[T]he songs and ringtones romanticizing the insurgents’ jihad against the infidel invaders serve as potentially lifesaving travel insurance for Kabulis who brave increasingly perilous countryside roads.

Sentries at improvised Taliban checkpoints, some only an hour’s drive away from central Kabul, routinely check travelers’ cellphones. As a result, government officials, police, soldiers, security guards, university students, translators for Western companies, construction workers and scores of others go to extraordinary lengths to scrub their phones of any evidence of links to the coalition and the Afghan government—and to masquerade as Taliban sympathizers.

The WSJ report cites the expanding industry of Taliban songs, chants, and ringtones—a Taliban spokesman claims that insurgents manage dozens of singers “each of whom produces on average of one 12-song album every month” to help “ensure that people don’t turn to ungodly secular music.” Much of the lyrical content focuses on lessons in Islamism and “bravery, manliness and protecting the country from the invaders,” and many of the top-selling tunes are sung by kids with “beautiful and attractive voices.”

It’s been over a decade since coalition forces overthrew the Taliban government. The Taliban’s intense revulsion to secular music and pop culture is well documented. When Afghanistan was under the Taliban’s sway, the Ministry for the Propagation of Virtue and the Prevention of Vice and other regime actors patrolled the streets in efforts to “eradicate sin,” which included the suppression of traditional Afghan folk and other musical genres that didn’t fall under the rubric of unaccompanied Islamic or nationalistic anthems. The increasing popularity of “Taliban-safe phones” points to the continued sense of insecurity felt by Afghans as the US military prepares for a drawdown of one-third of its forces by September, according to Dion Nissenbaum and Habib Khan Totakhil.

Wired’s Spencer Ackerman sees the news as yet another strong indication that the War in Afghanistan isn’t going so hot in the restive countryside: “[W]hile the Taliban’s ringtones echo from Afghan Nokias and Samsungs, Washington is reverting to a backup plan: courting the Taliban with secret diplomacy to end the war…In the meantime, the Taliban—already adept at texting death threats, tweeting its propaganda, and trolling the Americans—crank out about a dozen new ringtones every month for public consumption.”

So, the whole ringtone-loyalty-test thing doesn’t exactly spell doom for the wartorn nation. But it is a symptom of a broader, scarier potential breakdown, and a very tangible sign that the Taliban’s influence in Afghanistan’s rural areas is still quite substantial.