Every weekday since December 8, we’ve published Your Daily Newt—tidbits of wit, wisdom, and (mostly) weirdness from presidential hopeful Newt Gingrich. Here’s a selection of 10 of our favorites. (If that isn’t enough, browse our entire collection of Daily Newts, see the highlights of Mother Jones’ 27-year romance with Newt, and read our guide to Gingrich’s greatest verbal bombs.) 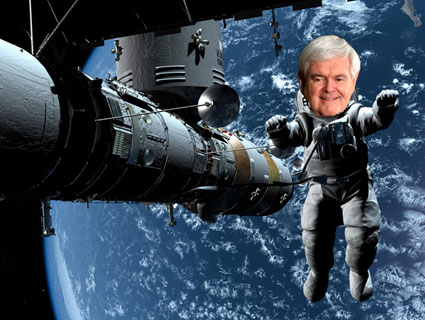 Before he promised moon colonies, Newt suggested that private space flight would open up space tourism—especially for honeymooning couples looking to get astronaughty. As he put it: “Imagine weightlessness and its effects and you will understand some of the attraction.“

#2: Bring Back the Dinosaurs! 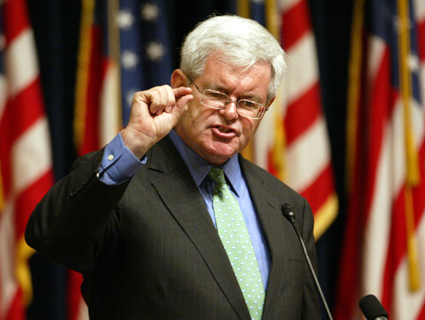 Newt in 1995: “Why not aspire to build a real Jurassic Park? (It may not be at all impossible, you know.) Wouldn’t that be one of the most spectacular accomplishments of human history?” 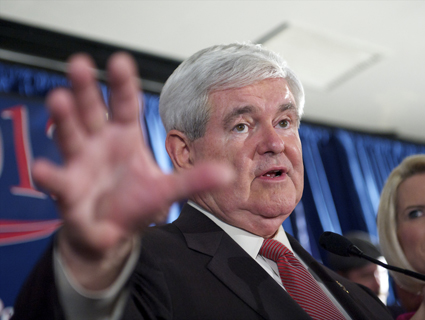 In 1982, Gingrich penned a letter to the editor of the Journal of the American Medical Association calling for medical pot to be legalized. Yet in 1996, the then-House Speaker was the lead sponsor of the Drug Importer Death Penalty Act, which, as its name suggests, would have made importation of even a small amount of marijuana punishable by life imprisonment (for the first offense) and death (for the second).

In 1995, Gingrich’s mother told 60 Minutes what the then-Speaker really thought about the First Lady.

#5: The Soviet Union Will Last Forever! 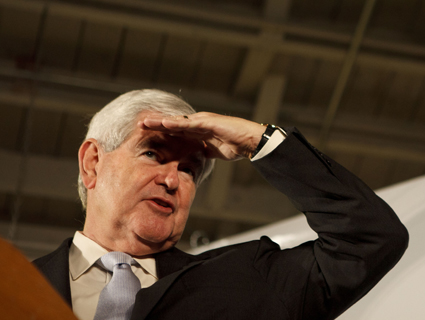 Newt in 1984: “We must expect the Soviet system to survive in its present brutish form for a very long time. There will be Soviet labor camps and Soviet torture chambers well into our great grandchildren’s lives.” The Soviet Union collapsed seven years later.

#6: I’d Rather Be Watching Tree Sloths 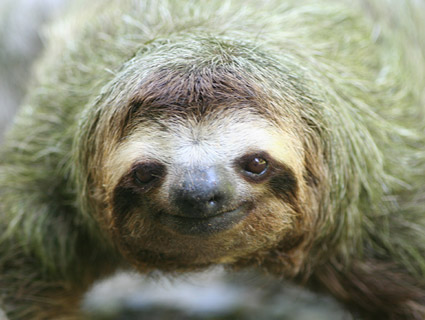 In 1995, Newt insisted that being elected president was not “one of the three highest items” on his life’s checklist. Instead, he said, “I would really love to spend six months to a year in the Amazon basin, just being able to spend the day watching tree sloths.” 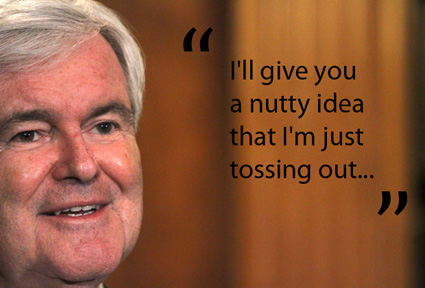 After being sworn in as Speaker of the House in 1995 on a promise to tear down the welfare state, Gingrich waited one day before proposing a $40 billion entitlement program to help poor Americans to buy laptops: “I’ll give you a nutty idea that I’m just tossing out because I want to start getting you to think beyond the norm. Maybe we need a tax credit for the poorest Americans to buy a laptop.”

#8: A Little Terrorism Now and Then Isn’t All Bad

Asked in 2008 about the war in terror, Gingrich expressed frustration that the public wasn’t sufficiently concerned about terrorists on a day-to-day basis. His suggestion for how the government could end Americans’ complacency? “It’s almost like they should every once in a while have allowed an attack to go through just to remind us.”

Newt in 1997: “Do you realize that there are two hundred languages spoken in the Chicago school system?…Let’s pair up the kids. You get Sally to speak Cambodian and and Sally gets you to speak English. If they succeed, we give each of them a thousand dollars. We’d have kids practicing language seven days a week.” 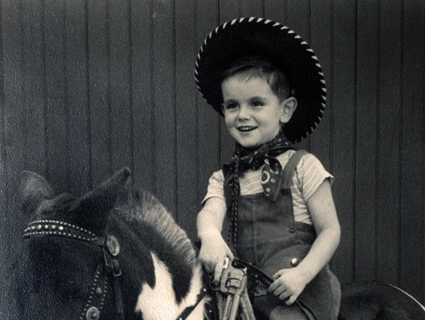 Beware, future opponents. According to a story about Gingrich in Time: “Newt Gingrich had a favorite game when he was growing up in Hummelstown, Pennsylvania. His pal Dennis Yantz would pretend to beat him up and leave him crumpled on the curb. ‘When a car would pull up to see what was wrong,’ Yantz recalls, ‘Newt would jump up and scream ‘SURPRISE!’ We would do this over and over again.'”