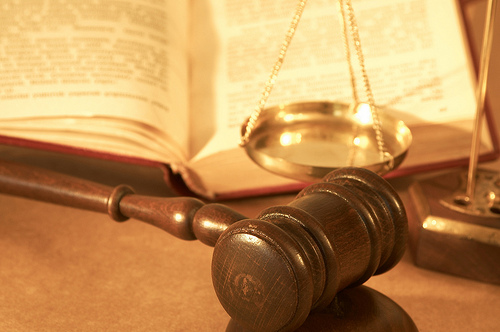 A few months ago, I wrote about a new effort to provide legal defense support for climate scientists who become the subject of attacks. Now the fund is officially off the ground, and it has raised $25,000.

The Climate Science Legal Defense Fund announced this week that it has found a non-profit sponsor in the group Public Employees for Environmental Responsibility (PEER). Scott Mandia, a professor of physical sciences at Suffolk County Community College, started the fund last September in response to the ongoing campaign that climate deniers have waged to obtain the emails and other correspondence of Pennsylvania State University climate scientist Michael Mann. The ongoing fight has created a substantial amount of legal fees. Meanwhile, the American Tradition Institute, the group that has sued to access Mann’s emails, has is linked to a number of wealthy fossil fuel interests.

“Academic salaries are not designed to support ongoing legal expenses in fights with corporate-funded law firms and institutes,” said Mandia in a statement announcing the fund’s progress so far. “These legal battles also have taken many of our brightest scientific minds away from their research.”

As we’ve reported rather extensively, many climate scientists are the subject of harassment. For more, see James West’s piece on MIT’s Kerry Emanuel, my piece on Texas Tech’s Katharine Hayhoe, or my feature on Mann.