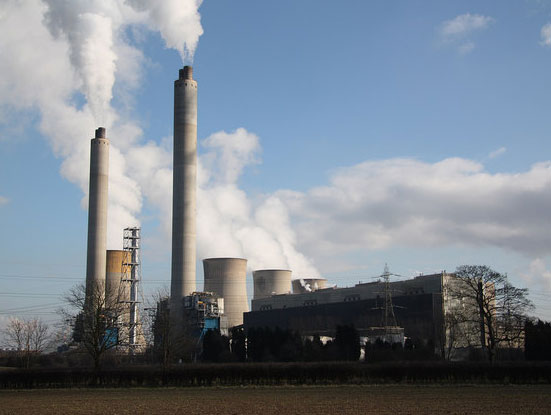 Over at Science magazine’s ScienceInsider, Sarah Reardon reports on how the National Center for Science Education—a group dedicated to fighting the teaching of creationism in public schools—is expanding its mission in response to special-interest attacks on the teaching of climate science. The groups include the Heartland Institute, which has worked with the Koch Brothers to perpetuate the notion that climate change is a hoax, and which sends its “educational” materials to public-school teachers hoping to further its pro-business agenda. (Click here to check out the rest of our “Dirty Dozen of Climate-Change Denial.”) From Reardon’s dispatch:

“It’s not like we’re bored,” says NCSE Director Eugenie Scott: Five state bills that would allow teaching intelligent design in schools have already surfaced in 2012. But after hearing an increasing number of anecdotes about K-12 teachers being challenged about how they taught climate science to their students, she says she began to see “parallels” between the two debates—namely, an ideological drive from pressure groups to “teach the controversy” where no scientific controversy exists.

Teachers also have to contend with parents and administrators who have embraced the anti-science propaganda. Readon cites one survey of science teachers in which more than half said they’d had run-ins with denialist parents; in another similar survey, more than one-third of the teachers said they were “influenced” to “teach the controversy.”

But this sort of misinformation effort isn’t a one-off. Consider Jane Mayer’s chilling profile of North Carolina businessman Art Pope—a confidant of the Koch Brothers whose methodical play for influence has extended deep into public education. In Pope’s world, the MO appears to be… Step 1: Persuade your politician friends to gut university budgets. Step 2: Give generously to the institutions that your friends recently gutted, so they can establish new programs aligned with your business interests. Mayer writes:

At the same time that Pope’s network has been fighting to get university budgets cut, Pope has offered to fund academic programs in subjects that he deems worthwhile, like Western civilization and free-market economics. Some faculty members have seen Pope’s offers as attempts to buy academic control. Burley Mitchell, a Democratic member of the university system’s board of governors, defended Pope as “seriously interested in the betterment of the university. He’s certainly been a generous supporter.” But in 2004, faculty protested a grant proposal from Pope that would have amounted to as much as twenty-five million dollars, and the proposal was eventually scrapped. Bill Race, the former chairman of the classics department at U.N.C.-Chapel Hill, told me, “The Pope machine is narrow-minded and mean-spirited and poisoned the university.” Pope reacted angrily to the notion that some professors consider his money tainted. “We’re in retailing!” he said. “It’s not as if it’s blood diamonds!”

The issue of academic control surfaced again in September, when the John William Pope [Art’s father] Center for Higher Education Policy offered to help fund a Western-philosophy course that the university had included in budget cuts. At the same time, the center publicly ridiculed other courses, such as one on the culture of the Beat Generation. Some faculty members objected to an outside political organization trying to hold sway over which courses survived. “It’s sad and blatant,” Cat Warren, an English professor at North Carolina State University, in Raleigh, who has been critical of Pope, says. “This is an organization that succeeds in getting higher education defunded, and then uses those cutbacks as a way to increase its leverage and influence over course content.”

Mayer goes on to report that Pope has donated more than $500,000 to NC State’s economics department for free-market-related academic programs, and that a dozen members of the school’s faculty are listed as “John Locke Foundation Affiliates,” referring to a Pope-funded think tank.

The John Locke Foundation, meanwhile, is sponsoring what it calls the North Carolina History Project, an online teaching tool aimed at reorienting the study of the state’s history away from social movements and government and toward the celebration of the “personal creation of wealth.” Fitzsimon, of NC Policy Watch, says, “It’s all part of Pope’s plan to build up more institutional support for [Pope’s]  philosophy. He’s very savvy about not leaving any strategy unaddressed.”