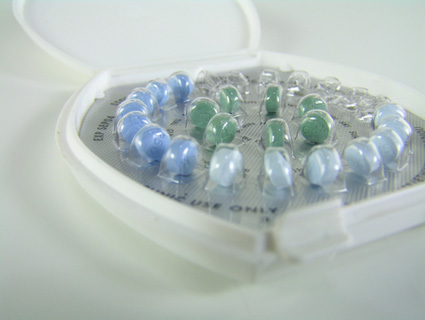 Today’s a big day for the ladies, and not even a bunch of religious dudes with lobbying power on Capitol Hill can take that away. The Department of Health and Human Services announced Friday that the Obama administration is keeping the rule in the Affordable Care Act that requires new health insurance plans to cover the cost of contraception for patients.

An August announcement about women’s preventitive services covered in the Act caused certain religious groups like the United States Conference of Catholic Bishops (USCCB) to erupt in a tizzy, partially because the plan will cover birth control for practically all insured women. The Act contained a clause exempting some religious employers from providing contraceptive coverage if they morally objected to it, but that didn’t go far enough for the USCCB. The bishops lobbied Capitol Hill to try and broaden the “conscience clause” so it would include religiously affiliated services that are not expressly limited to congregation members, like Catholic hospitals and religious schools.

If successful, these lobbying efforts would have left a large number of women without access to birth control—church-affiliated institutions employ an estimated 1 to 2 million workers. That put a damper on the whole “hell yeah, free birth control!” celebration for the 99 percent of sexually active women who have relied on contraception at some point in their lives. As my colleague Maddie Oatman reported, the USCCB might have also wanted to consider that 98 percent of sexually active Catholic women have used contraception in their lives, too.

Friday’s announcement protecting birth control access is a victory for women everywhere trying not to get knocked up, as well as for all the women who use birth control for a variety of other non-sexual medical reasons–such as regulating their cycle, preventing migraines, and treating endometriosis.

But the celebration still doesn’t include everyone: The original “conscience clause” remains, allowing strictly religious employers, such as churches, to exempt themselves from paying for their employee’s contraception.

Pro-choice activist group Catholics for Choice praised Obama for not caving to anti-choice efforts, welcoming HHS’s announcement as a “victory for common sense and scientific advice in the interests of the common good.” The group’s president Jon O’Brien tempered the celebration by reminding supporters that “the refusal clause that is contained in the legislation is still too expansive…the battle over this issue is a warning of what is to come.”