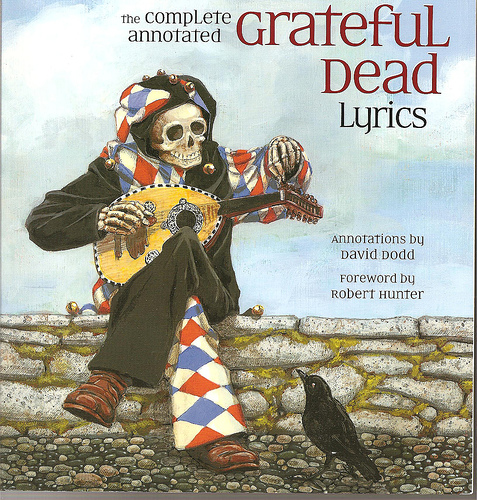 Jon Huntsman is known almost as much for his frequent popular culture references—Nirvana, Wayne’s World, Led Zeppelin—as he is for his policy prescriptions. On Sunday afternoon in Hampstead, clad in a brown leather bomber jacket and cowboy boots, Huntsman (who once played keyboards in a prog rock band called Wizard) outdid himself once again in the band name-dropping department.

At 1:35 p.m., Huntsman climbed atop a table in the BeanTowne coffee shop and greeted the throngs of supporters and reporters who’d flock to see him speak. Huntsman launched into his familiar American revival speech, but then veered into hippie territory, saying that what the US needs is a candidate “who’s going to lead a Grateful Dead tour of this country” to make it a better place for the next generation of Americans. Here’s his full quote:

But I need your help. It’s all about the next generations folks.

A Grateful Dead tour to restore America? The quip earned plenty of laughs from the crowd, not to mention a few quizzical, “Did he just say that?” looks. This latest nugget of culture comes as Huntsman ticks upward in polling here in New Hampshire. A new American Research Group poll released Saturday shows Huntsman in second place with 17 percent, trailing Mitt Romney who has a commanding lead with 40 percent. Huntsman also made a strong showing at Sunday morning’s NBC News/Facebook debate; the Daily Beast called it Huntsman’s finest debate appearance so far in the campaign. But the question is: Are pop culture references and strong debate performances enough to solidify Huntsman’s support in time for Tuesday’s primary?