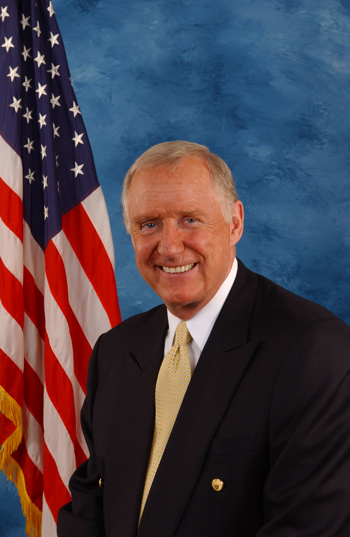 Dan Burton is wrong about vaccines and autism.Office of Rep. Dan Burton (R-Ind.)

So Rep. Dan Burton (R-Ind.) is finally retiring, after two decades in Congress. He’s got a notable record of craziness, having doggedly pursued President Bill Clinton during the Monica Lewinsky scandal while knowing full well he’d had an affair himself and even fathered a child out of wedlock. He famously claimed to have shot up a “head-like object” (likely a melon or a pumpkin) to try to re-create the alleged “murder” of former Clinton deputy White House counsel Vince Foster, who committed suicide. But Burton doesn’t get enough credit for what may be his lasting legacy: helping turn Americans away from life-saving childhood vaccines.

Burton has said he believes one of his grandchildren became autistic after receiving a childhood vaccination. As a result, he spent many years and lots of congressional resources trying to investigate the alleged link between the two. In 2000, he held a circus-like hearing in which he provided a very high profile platform for the now entirely disgraced British doctor Andrew Wakefield, who helped spawn the myth that vaccines cause autism. Wakefield has since lost his medical license for allegedly falsifying the medical histories of the children he claimed had gotten autism from vaccines, among other issues.

As Wakefield’s now-discredited, fabricated data started to raise questions in the medical community, Burton defended him, saying in 2002: “Dr. Wakefield, like many scientists who blaze new trails, has been attacked by his own profession. He has been forced out of his position at Royal Free Hospital in England.” In 2007, Burton argued that autistic children should be eligible to receive compensation from the National Vaccine Injury Compensation Program, even though there was no evidence of any link between vaccines and autism.

Burton’s official endorsement of Wakefield’s science has had a wide-ranging impact. He gave high-level approval to an utterly false theory that ended up persuading thousands of American parents not to immunize their kids, leading to a resurgence of a lot of preventable diseases. Whooping cough has surged nationally, largely because of vaccine refusal. In places like California, where lots of parents refused to immunize their kids, whooping cough became epidemic. In 2010, four babies needlessly died as a result. Measles outbreaks are also becoming more common.

So lest people get nostalgic for Burton’s good ol’ days of shooting up watermelons, keep in mind that his form of kookiness had some very deadly consequences.