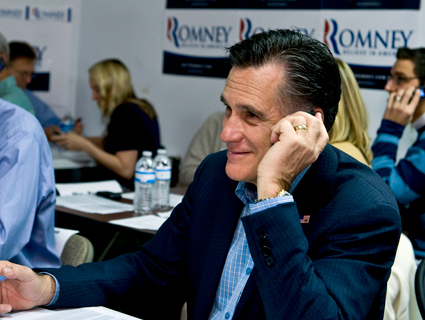 At Thursday night’s CNN debate, Mitt Romney attacked the Obama administration’s loan guarantees for the now-bankrupt solar panel manufacturer Solyndra as a prime instance of the government picking winners and losers in business, and losing big. But Bain Capital, the private equity firm Romney founded, frequently received similar help from state governments, including subsidies and tax breaks. The subsidy-tracking folks over at Good Jobs First compiled a vast database on just how much states have bailed out companies that were bought and—in a number of cases—gutted by Bain Capital. Some of the highlights:

Sealy. A year after the 1997 buyout of this leading mattress company by Bain and other private equity firms, Sealy received $600,000 from state and local authorities in North Carolina to move its corporate offices, a research center and a manufacturing plant from Ohio (Greensboro News & Record, March 31, 1998). In 2004 Bain and its partners sold Sealy to another private equity group.

GS Industries. In 1996 American Iron Reduction LLC, a joint venture of GS Industries (which had been taken private by Bain in 1993) and Birmingham Steel, sought some $20 million in tax breaks in connection with its plan to build a plant in Louisiana’s St. James Parish (Baton Rouge Advocate, April 6, 1996). As the United Steelworkers union noted recently, GS Industries later applied for a federal loan guarantee, but before the deal could be implemented the company went bankrupt.

AMC Entertainment. After being promised more than $40 million in subsidies, this movie chain (bought in 2004 by Bain and other private equity firms) agreed to move its headquarters from downtown Kansas City, Missouri to a nearby suburb across the state line in Kansas. The deal was criticized as an egregious case of taxpayer-financed sprawl. [Even though Romney left Bain in 1999, he’s continued reaping millions in lightly taxed investment income since then.]

As for the office supply store Staples, a supposed success Romney frequently touts? In 1996, the company chose to move its distribution center to Maryland in exchange for a healthy $4.2 million subsidy deal.

Romney says that President Obama’s record of aiding private enterprise proves the president doesn’t have a clue about how capitalism works—that, in the Obama’s view, capitalism necessarily relies on the generosity of government largesse. But if we’re to judge Romney’s understanding of capitalism based on how he ran the show at Bain, it’s tough to see how business success doesn’t often rely on government help.