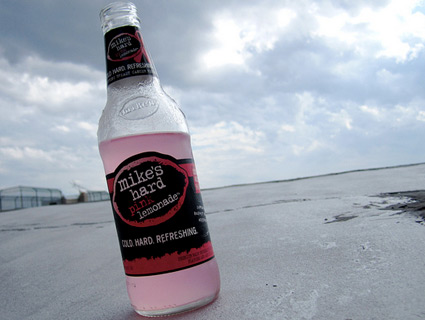 Here’s some well-worn conventional wisdom: If you are a pregnant woman, consuming alcohol (yes, even if it’s just a Mike’s Hard strawberry) is likely at the very top of your “don’ts” list.

Such wisdom, however, doesn’t seem to be sinking in with a significant minority of pregnant women: According to a fifteen-year study by the Centers for Disease Control and Prevention published in September 2011, over 12 percent of American women have consumed alcohol while pregnant. Since 2008, the March of Dimes Foundation has reported that roughly “1 in 30 pregnant women [admit to] binge drinking (five or more drinks on any one occasion).”

Now a study published in a recent issue of the journal Alcoholism: Clinical & Experimental Research paints an even grimmer picture of the impact of alcohol on fetal development, even—and especially—during the earliest stages. Alice Park of Time magazine reported on Wednesday:

Between 1978 and 2005, scientists at the University of California, San Diego worked with 992 women who provided information about how much alcohol they drank—as well as other substances they used—every three months during their pregnancies.

For every one additional drink the mothers consumed [above the recorded daily average] between their 43rd and 84th days of pregnancy [the second half of the first trimester], their babies had a 16% greater chance of being born smaller than average, which may put them at greater risk for mental and physical problems. Their infants were also more likely to have birth defects, such as a 25% higher risk of a smooth ridge linking the nose and upper lip, a 12% increased risk of an abnormally small head and a 22% greater chance of unusually thin upper lips.

Although there have been other recent studies that downplay the adverse effects of weekly “light drinking” during pregnancy, the UC San Diego researchers maintain that the results of their nearly three-decade inquiry raise serious concerns regarding the intake of even small amounts of alcohol during any of the three trimesters. “[O]ne of the challenges has been determining what are the windows of risk and the patterns in timing and quantity of alcohol use, and this [study] addresses that,” Tom Donaldson, president of the National Organization on Fetal Alcohol Syndrome in Washington, DC, told USA Today. “This article very clearly demonstrates that risk begins with any use.”

There’s a long list of potential cognitive and physical defects associated with fetal alcohol syndrome, ranging from kidney problems to low IQ. The UCSD study concludes with the following:

Based on our findings, there is no safe threshold for alcohol consumption during pregnancy with respect to selected alcohol-related physical features. Women who are of childbearing age and who are contemplating or at risk of becoming pregnant should be encouraged to avoid drinking, and women who are pregnant should abstain from alcohol throughout pregnancy.

To be fair, though, many pregnant women drink before even knowing that they’re pregnant (roughly half of all pregnancies in the United States are mistimed or unplanned), and the phrase “at risk of becoming pregnant” basically applies to any woman who has sex.

But if you’re a woman who knows she has a baby on the way and one of your friends actually works up the nerve to ice you, your unborn offspring would really appreciate it if you forgo the mildly alcoholic honor.