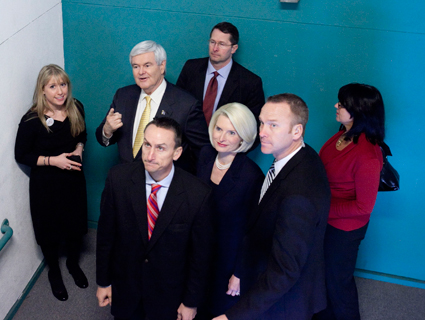 This quote, from Massachusetts Senate candidate Elizabeth Warren, is about as spirited defense of big government you’ll ever see, outlining the foundational—and irreplacable—role played by public institutions in creating a prosperous society:

The era of Republican domination back between 1856 and 1932 was a period of tremendous government experimenting, a period of building the transcontinental railroad…a period of encouraging homesteading through the Homestead Act, a eriod of the agricultural college and the Morill Act which led to the land grant colleges and the agricultural agent system.

The test I always give conservatives is to say “How many of you wanted to save the Panama Canal?” Most of my conservative friends promptly raise their hands. But the fact of the matter is that the Panama Canal was built by government engineers, because government doctors cured yellow fevers. It was run by a government corporation and it was constructed by government Army and Navy, the largest public works project in history at the time was it was set up.

Except that quote didn’t actually come from Elizabeth Warren (this one did). It came from a young Rep. Newt Gingrich, in 1983.