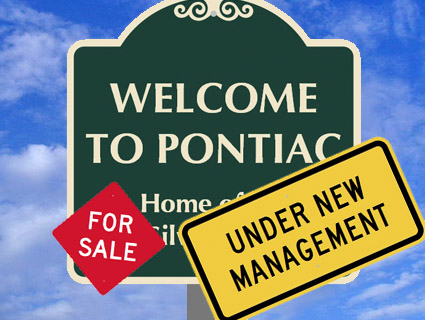 Updates, 4/26/12: The Michigan Board of State Canvassers has rejected the more than 200,000 signatures collected in support of holding a referendum on the state’s emergency manager law. The board’s two Republican members said the petitions used the incorrect font size.

Updates, 3/30/12: A judge recently ordered Flint’s emergency manager to step aside, finding that he had been appointed without adequate public input. A week later, an appeals court temporarily reversed the decision and put him back in charge while the case is being heard. Governor Rick Snyder has asked Detroit to sign an agreement in which it would renegotiate union contracts and outsorce city work in exchange for not receiving an emergency manager. In February, a statewide coalition opposed to the emergency-manager law, submitted signatures to put it up for referendum. If the state validates the signatures in early May, the law will be suspended until voters decide its fate in November.

When the city of Pontiac, Michigan, shut down its fire department last Christmas Eve, city councilman Kermit Williams learned about it in the morning paper. “Nobody reports to me anymore,” Williams says. “It just gets reported in the press.” This was just the latest in a series of radical changes in the city, where elected officials such as Williams have been replaced by a single person with unprecedented control over the city’s operation and budget.

Schimmel got to work quickly, firing the city clerk, city attorney, and director of public works and outsourcing several city departments. City fire fighters were told that they would be fired if their department was not absorbed by Waterford Township’s. Schimmel has proposed putting nearly every city property up for sale, including city hall, the police station, fire stations, water-pumping stations, the library, the golf course, and two cemeteries.

Williams and his six colleagues on city council have been stripped of their salary and official powers. “Nearly the whole city has been privatized,” he laments.

Michigan’s emergency-manager law is the centerpiece of the fiscal program enacted by state Republicans after they took over the Legislature and governor’s mansion in early 2011. The law’s supporters say it allows for a more efficient and nimble response to the budget crisis confronting local governments in the wake of the housing crash and near collapse of the auto industry. Critics are seeking to block and repeal what they call an illegal power grab meant to usurp local governments and break up public-sector unions.

“We haven’t seen anything this severe anywhere else in the country,” says Charles Monaco, a spokesman for the Progressive States Network, a New York-based advocacy group. “There’s been nothing in other states where a budget measure overturns the democratic vote.” Williams says emergency managers are able to enact draconian policies that would cost most city officials their jobs: “They couldn’t get elected if they tried.”

Benton Harbor, Ecorse, and Flint are also currently under emergency management. In Flint, the emergency manager has promised to restructure collective bargaining agreements with the city’s police and firefighters unions. Benton Harbor’s emergency manager banned elected officials from appearing at city meetings without his consent. Detroit, which is facing a $197 million budget shortfall, could be next: Mayor Dave Bing has proposed laying off 1,000 city workers and wrung concessions from public-sector unions in hopes of preventing Gov. Snyder from appointing an emergency manager.

Asked if the emergency-manager law hands power over to a “dictator,” Schimmel sighed, “I guess I’m the tyrant in Pontiac, then, if that’s the way it is.”

Schimmel has pursued the most aggressive turnaround plan in the state. He says he’s simply doing what elected officials have been unable to do: execute a plan for balancing the city’s books quickly and efficiently. He’s not there yet: The city of 60,000 is projecting a $7 million deficit for 2012. “One thing we can’t do is print money,” Schimmel says. “We’re always chasing the dropping knife, fixing something here and losing revenue somewhere else.”

With an indefinite term and a city salary of $150,000, Schimmel doesn’t answer to anyone but the governor, at whose pleasure he serves. The city council can no longer make decisions but still calls meetings, which are routinely packed with angry residents. Asked by radio station WJR if the emergency-manager law hands power over to a “dictator,” Schimmel sighed, “I guess I’m the tyrant in Pontiac, then, if that’s the way it is.”

Emergency managers aren’t new in Michigan, which has been in dire financial straits for decades. Public Act 4 (officially titled the Local Government and School District Fiscal Accountability Act) beefed up a 1990 law that brought in state-appointed managers to several cities in the 2000s, without much success at stemming the flow of population, jobs, and tax revenue. Pontiac has been under some form of state-appointed management since 2009. Schimmel’s predecessor laid off dozens of police officers, hired the county sheriff to patrol the city, and dismissed Mayor Leon Jukowski (whom Schimmel has rehired as a staffer paid $50,000)*. During that time, Pontiac’s credit rating had dropped from B to triple-C. “They aren’t creating revenue,” Williams says of the managers. “You can’t just cut your way out of a deficit.”

Pontiac is not Schimmel’s first clean-up job. In 2000, he was named the emergency manager of Hamtramck, where he served for six years. In 1986, a judge appointed him to oversee Ecorse’s finances after the city landed in state receivership; he stepped in and privatized city services. Today, the city is back in debt, and back under state management. Schimmel concedes that the privatization strategy can backfire, but he blames inept local government. “If you don’t have an overseer of the contractor, privatization can be much more expensive than in-house services,” he explains.

Schimmel is also a former adjunct scholar and director of municipal finance at the Mackinac Center for Public Policy, a free-market think tank that shares his enthusiasm for privatizing public services. The center has received funding from the foundations of conservative billionaire Charles Koch, the Walton family, and Dick DeVos, the former CEO of Amway who ran as a Michigan Republican gubernatorial candidate in 2006. 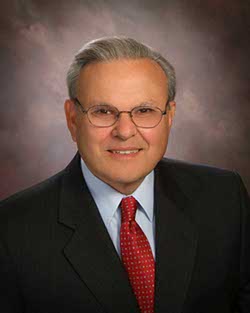 In 2005, Mackinac published an essay by Schimmel that called on Michigan’s Legislature to give emergency managers the power to impose contract changes on public-employee unions and “replace and take on the powers of the governing body.” When Republicans gained control over Lansing in 2010, Mackinac reprinted Schimmel’s article. Last March, the center celebrated when the Legislature implemented its prescriptions in Public Act 4.

The Mackinac Center claims that Michigan could save $5.7 billion annually if public employees’ benefits were comparable to those of private-sector workers. Public-employee unions say cuts to public-sector jobs have only worsened the state’s economic woes with foreclosures and intensified reliance on state aid programs in cities like Flint, where the jobless rate was 17.5 percent at the end of 2011. “It’s an acceleration of the downward spiral,” says Brit Satchwell, president of the Ann Arbor Education Association, a teachers’ union. “Our goal is [to] outlaw government collective bargaining in Michigan,” wrote Mackinac’s legislative analyst in an email to a Republican state representative last summer. (The message was obtained by the liberal think tank Progress Michigan.)

The Mackinac Center is a member of the American Legislative Exchange Council, a clearinghouse for pro-business state legislation. (Its model bills have been linked to Arizona’s anti-immigration law and Wisconsin and Ohio’s collective bargaining bans.) James Hohman, the center’s assistant director of fiscal policy, was one of 40 private-sector representatives at an ALEC conference in December 2010 where, according to minutes from the closed-door meeting, participants hammered out model legislation that would align public- and private-sector pay and restructure state pensions. (Jonathan Williams, ALEC’s tax and fiscal policy director, did not respond to requests for comment.)

Nearly one year after the passage of the emergency-manager law, its opponents are rallying to blunt its impact. The American Federation of State, County and Municipal Employees and the Detroit-based nonprofit Michigan Forward announced they’ve collected more than the required 160,000 signatures necessary to put the law up for referendum in November; they plan to deliver the signatures to the state on February 29.

Democratic Rep. John Conyers has called on the Department of Justice to review the law in light of the Voting Rights Act and the contract clause of the Constitution. As the state treasurer’s office began a review of Detroit’s finances to determine whether the city is eligible for an emergency manager, Democratic Sens. Carl Levin and Debbie Stabenow asked Gov. Snyder not to name any more emergency managers.

The Detroit-based Sugar Law Center for Economic and Social Justice has filed a lawsuit to block the law, claiming it violates the state constitution, including the home rule provision that defines residents’ rights to elect a local government. Tova Perlmutter, the law center’s director, says the suit isn’t just about Michigan: “If we win this case, it will give other state legislatures pause before pursuing similar laws.”

The Center for Public Integrity is a non-profit, non-partisan investigative news outlet.

Correction: The original version of this article stated that Jukowski was rehired as a consultant.