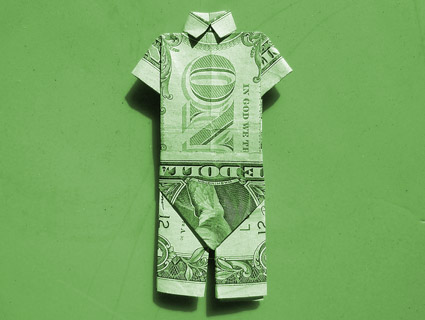 Since last January, super-PACs have raised nearly $93 million in preparation for the 2012 election. Of that, more than 35 percent was donated by corporations, unions, and nonprofits—or, as we’ve come to know them in the post–Citizens United era, people. Though non-people people have not dominated super-PAC giving (for now), their strong showing in the recent round of financial disclosures lends credence to campaign finance reformers’ concerns that super-PACs enable cash-flush organizations to buy outsized influence over elections and candidates. The average corporate or union super-PAC donation was more than $62,000; in contrast, the average individual donation was around $23,500.

Of the $22.4 million collectively raised by the biggest 20 corporate and union super-PAC donors, 37 percent was from labor groups, which contributed to both liberal super-PACs and their own super-PACs. The rest was largely corporate donations to conservative super-PACs and groups supporting (but officially unconnected to) Republican presidential candidates. See the next page for a list of the biggest human donors to super-PACs—some of whose companies also appear on the list below.

*As defined by Citizens United

4. FreedomWorks: 501(c)4 arm of the tea party super-PAC chaired by former House Majority Leader Dick Armey. It does not have to disclose its donors.
Donations: $1,336,779
Recipient: FreedomWorks for America (own super-PAC)

8. (tie) Rooney Holdings, Inc.: Oklahoma-based private investment firm. Its CEO, Francis Rooney, was the US Ambassador to the Vatican from 2005 to 2008.
Donations: $1,000,000
Recipient: Restore Our Future

1. Sheldon and Miriam Adelson: The Las Vegas casino magnate is worth $21.5 million, making him America’s 8th-richest person. (The Adelsons’ donations were made after the disclosure deadline for 2011.)
Donations: $10,000,000
Recipient: Winning Our Future (pro-Gingrich)

4. (tied) Ed Conard: A former Bain Capital managing director, he’s given $2 million to a pro-Romney super-PAC—half through a shady front company (see previous list) and half in his own name.
Donations: $2,000,000
Recipient: Restore Our Future