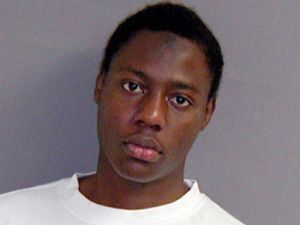 Judging by its lethality, Umar Farouk Abdulmutallab’s attempt to blow up a plane en route to Detroit on Christmas 2009, using a bomb hidden in his underpants, was a spectacular failure. The would-be terrorist burned himself horribly and was subdued by nearby passengers.

Abdulmutallab received multiple life sentences for his crimes Thursday afternoon. When discussing terrorism however, there are ways to measure the success of an attack other than its deadliness—such as whether or not the attack is successful in, well, terrorizing people. In that sense, it’s difficult to view Abdulmutallab’s botched bombing as anything but an unqualified victory. Shortly after the attack, Republicans proclaimed the attack a “success” as part of a campaign to make the president look weak on national security. Some demanded that he be subjected to co-called enhanced interrogation techniques and placed in military detention. They insisted that by allowing federal agents rather than military officials to interrogate him, that America had made itself vulnerable to another attack—Senate Minority Leader Mitch McConnell (R-Ky.) likened an FBI interrogation of Abdulmutallab to an interview with CNN’s Larry King.

The Abdulmutallab incident was just one of several that came during a spike of homegrown terrorist incidents in 2009, a trend that has subsided but also involved numbers so small that any decrease or increase was bound to look dramatic. Nevertheless, Abdulmutallab’s impact has been substantial. While Republicans failed to overturn Obama’s executive order banning torture, his arrest lead to a bipartisan effort in Congress to force federal agents to ask permission from the military to investigate terrorism cases where the suspect is believed to be a member of Al Qaeda. While the administration managed to force changes to last year’s National Defense Authorization Act that make its provisions “mandating” the military detention of noncitizen terror suspects apprehended on US soil almost meaningless, there is now a presumption in the law that the military has a domestic role in counterterrorism.

You’d think that someone who couldn’t even blow himself up right would be a joke, a punchline. Instead, in accidentally setting himself on fire, Abdulmutallab managed to inspire a panic that culminated in the Congress altering the law. Imagine what could have happened if he had actually killed someone.