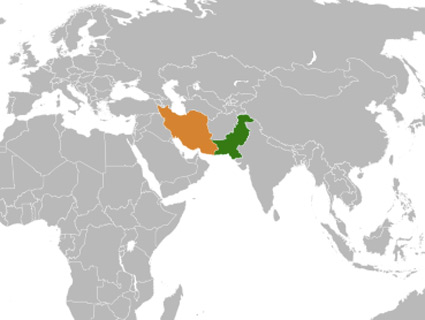 The Pakistani government is moving forward with plans to construct a pipeline that would deliver natural gas from Iran. The multibillion-dollar project has been kicked around for six decades, with both parties now shooting for a December 2014 completion date.

For some reason, the State Department really isn’t too fond of this:

U.S. Secretary of State Hillary Clinton has threatened Pakistan with sanctions if the country continues with plans to build a natural gas pipeline to Iran. The U.S. is moving to squeeze Iran financially in a bid to force it to drop its nuclear program. But Pakistan has been unwilling to line up behind the U.S., saying it needs Iran, a neighbor, to help it meet a massive energy shortage.

Pakistan’s top bureaucrat in the Petroleum and Natural Resources Ministry, Muhammad Ejaz Chaudhry, said the pipeline was crucial for Pakistan’s energy security – the longstanding Pakistan position. But he added that Pakistan was “committed not to create any problems.”

Despite the possibility of rough sanctions, Pakistani officials confirmed this week that the pipeline deal is still a go. “We are a sovereign country and we will do whatever is in the interest of Pakistan,” Prime Minister Yousaf Raza Gilani affirmed during an online Q&A.

Any potential sanctions targeting Pakistan’s fragile economy would be in sync with the Obama administration’s approach to pressuring the Iranian regime—economic sanctions recently imposed on Iran are harsher than they have been in decades, and international sanctions are taking a serious toll on the country’s central bank and oil sales.

So in case you were wondering, yes, there are indeed other ways in which the US-Pakistan relationship can get even lousier.