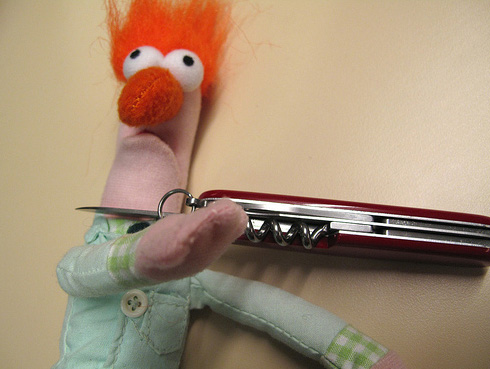 The premise of the 2005 book The Republican War on Science (by Mother Jones contributor Chris Mooney) was that conservatives in the US hate science. They don’t like evolution, they don’t like global warming—none of that stuff. Now a sociologist set out to figure out if that thesis really is true, and concluded that the right in the US is indeed growing increasingly distrustful of science.

Gordon Gauchat of the University of North Carolina published these findings in the forthcoming issue of the American Sociological Review. He looked back at data from 1974 through 2010, and found that trust in science was relatively stable over that 36-year period, except among self-identified conservatives. While conservatives started in 1974 as the group that trusted science most (compared to self-identified liberals and moderates), they have now dropped to the bottom of the ranking.

Gauchat used data from the General Social Survey, which asked subjects to rate their level of confidence in the scientific community. Here’s what he found: 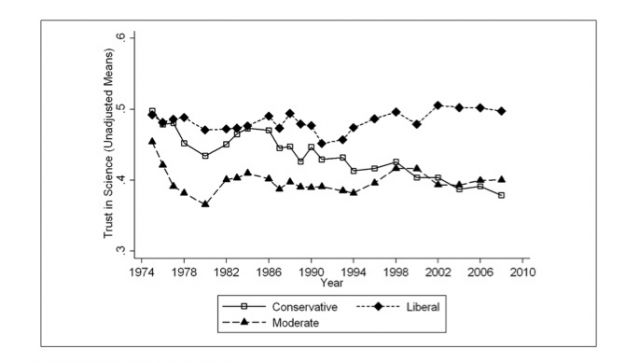 The reason for this, according to Mooney and others, is that the “political neutrality of science began to unravel in the 1970s with the emergence of the new right”—a growing body of conservatives who were distrustful of science and the intellectual establishment, who were often religious and concerned about defending “traditional values” in the face of a modernizing world, and who favored limited government. This has prompted backlash against subjects for which there is broad scientific consensus, like global warming and evolution—backlash that has been apparent in survey data over the past three decades.

Mooney, who also has a new book out titled The Republican Brain, also highlights one of Gauchat’s more distressing findings, which is that this trend seems to be more common among conservatives with higher levels of education:

…conservatives with high school degrees, bachelor’s degrees, and graduate degrees all experienced greater distrust in science over time and these declines are statistically significant. In addition, a comparison of predicted probabilities indicates that conservatives with college degrees decline more quickly than those with only a high school degree. These results are quite profound, because they imply that conservative discontent with science was not attributable to the uneducated but to rising distrust among educated conservatives.

Yikes. That’s certainly not a good sign for fans of reality-based decision making.