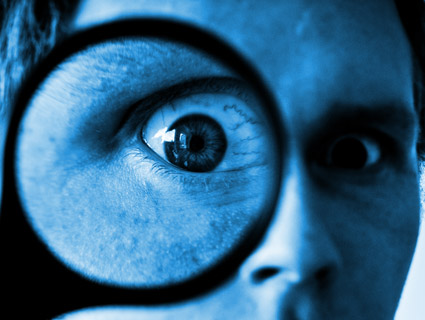 Stratfor, the Texas-based corporate intelligence agency that was once billed as a “shadow CIA,” announced this week that it has hired Robert D. Kaplan, longtime national correspondent with The Atlantic, to be the firm’s “chief geopolitical strategist.” It’s a curious move for both parties, apparently meant to breathe new life into the beleaguered firm, which recently saw its internal communications put on devastating display. “In addition to being able to draw on his own vast knowledge of the countries in which he’s traveled, Robert will be a valuable mentor to our regional and global analysts,” Stratfor CEO George Friedman said in a statement. “Stratfor’s readers will have access to the thinking of one of the most distinguished writers of foreign affairs.”

Widely known (and rarely praised) in security policy circles since its inception in the ’90s, Stratfor made world headlines last month when Wikileaks began dumping five million of the firm’s hacked emails onto the web. Rather than showcasing the company’s prognosticating talents, most of the messages document company officers’ cynical salesmanship and braggadocio. (“I can get access to the materials seized from the OBL safe house,” one VP boasted the night Osama bin Laden was killed in Pakistan.) Since the Wikileaks dump*, Stratfor has been forced to offer all of its normally high-priced analysis to clients free of charge.

The email thefts may have put a serious hurt on Stratfor’s future operations, so what might the high-profile new hire suggest? Kaplan is a lively author whose dozens of books cover conflicts on virtually every continent. His pop-historical ruminations on war—using Thucydides and Bismarck to disparage democracy, extol a “pagan” warrior ethos, and cheerlead the invasion of Iraq—have long enthralled political leaders of various stripes. Presidents Bill Clinton and George W. Bush reportedly sought his counsel, and he has served on an influential Pentagon policy panel in the Obama administration. In that sense, the hire could be seen as a move by Stratfor to mend fences with its government clients, who include the Marines and the Department of Homeland Security.

But foreign policy experts say the match may be good for not-very-flattering reasons. “Beyond the generous remuneration I can only suspect Kaplan is receiving, this union makes intellectual sense,” Daniel Drezner, a professor at Tufts University’s Fletcher School of Law and Diplomacy and a blogger for Foreign Policy magazine, told me in an email. “What Kaplan and George Friedman share is a sense of geographical determinism that allows them to claim predictive powers.”

Indeed, Stratfor and Kaplan both subscribe to a school of thought not held in high regard by many foreign policy and intelligence experts. They are faithful devotees of “geopolitics,” a favorite foreign policy term of Henry Kissinger’s that denotes a supposedly amoral, dispassionate concern with “national interests” like mineral and oil access. It’s a concept that’s much discussed in undergraduate seminars and often disparaged by academic leaders as overly simple and imperialist. “Kaplan’s talent is to tell the powerful what they want to hear with the veneer of both theoretical insight and empirical knowledge, while possessing neither,” writes Robert Farley, a professor of international relations who blogs at Lawyers, Guns, and Money.

Kaplan’s journalistic credentials couldn’t be much more burnished. He made his bones reporting from godforsaken climes, often in haunting prose—he covered the mujahideen in Afghanistan in 1990 before most Americans could find it on a map. His books were regularly praised by the New York Times, the Washington Post, and the Wall Street Journal, among the top-notch publications that also commissioned work from him. He’s been at The Atlantic for more than 25 years and was recently named one of the “Top 100 Global Thinkers” by Foreign Policy.

Still, some foreign affairs experts say that Kaplan’s work perpetuates bad ethnic stereotypes. According to one UK-based foreign policy analyst, Kaplan’s book Balkan Ghosts, which supposedly influenced Clinton’s thinking on Bosnia and Kosovo, is notorious in southeast European studies for depicting the peoples of the former Yugoslavia as primitive and violent. “It’s one of the key texts where the ‘ancient ethnic hatreds’ explanation for the Yugoslav wars originated,” the analyst told me in an email. As a result, “academics studying southeast Europe or ethnic conflict have found him very problematic for the last 20 years.”

That reductive sort of geopolitical reasoning is on full display in Kaplan’s first online post for Stratfor, which compares the Arab Spring to the futile European leftist revolts of the mid-19th century (“1848 in Europe was the year that wasn’t”). Likewise in the video chat below with Stratfor’s Friedman, in which Kaplan explains that “Iran is really potentially a regional hegemon” because of its access to warm water and Central Asian natural gas lines. (He adds: “Iranians do respond to pressure, but it has to be extreme pressure.”) That’s catnip for Friedman, who once told a crowd at Davos: “There is a solution to [weapons] proliferation, and this is bombing them.”

Friedman likes to distinguish his firm’s work from mere “backward-looking” journalism, which isn’t too difficult, since journalists don’t generally keep track of animal activists for major corporations like Coca-Cola, Intel, and ADM. That kind of activity raises an obvious question about Kaplan: After going to work for a self-styled private spy shop, will the news media continue to value his byline, or is his journalism career effectively over?

Neither Kaplan nor Friedman responded to my requests for comment. Kaplan is still listed as a national correspondent on The Atlantic‘s masthead, but if he wants to keep his byline active, the bar could be very high. Stratfor “is a joke,” wrote Max Fisher, one of Kaplan’s colleagues at The Atlantic, last month. “The group’s reputation among foreign policy writers, analysts, and practitioners is poor; they are considered a punchline more often than a source of valuable information or insight,” he wrote. “A friend who works in intelligence once joked that Stratfor is just The Economist a week later and several hundred times more expensive.”

*Clarification: This sentence was modified to reflect the fact that Wikileaks is publishing the Stratfor emails, which were obtained and provided to Wikileaks by the hacker group Anonymous.