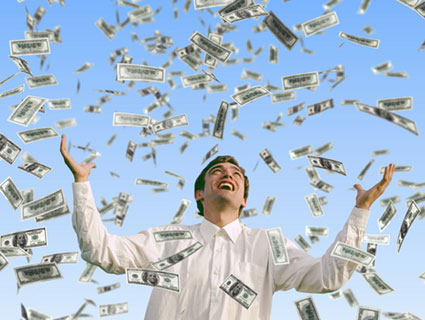 Maybe money can buy happiness—if your bank comes with a therapist.

The unhappy Scrooge McDucks of the world no longer have to rely on their butlers, congressmen, yacht bartenders, or car-elevator repair men to help them deal with the challenges of immense wealth. Big banks are now standing ready to help the superrich cope, with psychological “wealth counseling” services galore.

In 2006, Jamie Traeger-Muney became the first psychologist to ever be hired by a bank to work directly with customers when Wells Fargo brought her on to counsel those with upwards of $50 million. A “wealth psychologist” of 15 years, Traeger-Muney now trains others like her, advising counselors in the private-wealth management divisions of banks like U.S. Bank and Wells Fargo, brokerage firms including Morgan Stanley Smith Barney and Merrill Lynch, and philanthropic organizations.

“Wealth is still a taboo in our culture,” Traeger-Muney says.

That can make some rich folks very sensitive—so much so that certain words have been dropped from bank therapists’ lexicons. John Warnick, a consultant who trains U.S. Bank financial advisers in positive psychology and works independently with families and financial professionals, avoids the awkward term “wealthy” altogether. “I choose to call them legacy families,” he says.

Rich people sometimes seek therapy to cope with the idea of providing trusts for their kids, says Amy Zehnder, a psychologist and “Senior Wealth Dynamics Coach” who counsels people with $25 million plus at U.S. Bank’s Ascent Private Capital Management. Some wealthy parents are afraid that if they give their children trusts, the kids might end up spoiled—or worse, waste the money, Zehnder says. She argues that her workshops, which have titles like “Responsible Wealth Ownership” and “Real Colors: Understanding Temperaments,” can help clans “keep control of their money for multiple generations.”

It’s not just old money that haunts rich folks’ psyches. The newly loaded often suffer from Sudden Wealth Syndrome (SWS), which has symptoms that may include alienation, denial, guilt, and spending sprees. “When you leapfrog from one socioeconomic position to the next, if you can’t speak openly about…the challenges, that’s when issues start to happen,” says Traeger-Muney, who has created a program called the “Rich Life Portfolio” that helps people break habits that developed in their families’ pasts.

Although wealth counseling has existed for years, the 2008 financial crisis really sent the aristocracy sprinting for the therapist’s chair. The 2010 Capgemini/Merrill Lynch World Wealth Report, a survey that takes the pulse of zillionaires around the world, found that after the crisis, spooked clients were demanding “specialized advice.” Financial advisers must “truly understand the emotional aspects of client behavior,” the report warned.

Susan Bradley, the founder of the Sudden Money Institute, which teaches financial professionals to focus on the soft side of money, says Occupy Wall Street isn’t causing many restless nights for her well-to-do clients. She says most people with wealth dismissed them and “got into the Newt Gingrich ‘take a bath and get a job’ kind of stuff.”

Traeger-Muney has noticed the opposite. “Any time there’s an outside focus on wealth,” it’s not fun for the wealthy, she says. Heirs, she adds, have it the worst: “They feel like they’re in this 1 percent position. They get bad press from people who make fun of them. It feels like their worst nightmare coming true: the idea that they’re now responsible for other people’s unhappiness and lack of wealth, when they didn’t ask for [their millions].”

Ultimately, having lots of money shouldn’t be cause for alarm. “There’s a difference between money causing problems and a lack of ability to explore feelings around money,” Traeger-Muney says. “That’s what leads to psychological issues.” She just tries to get her clients to acknowledge the fact that they’re rolling in dough and learn how to enjoy it. “What would life be like if they didn’t have any restraints and could really create what they wanted?”