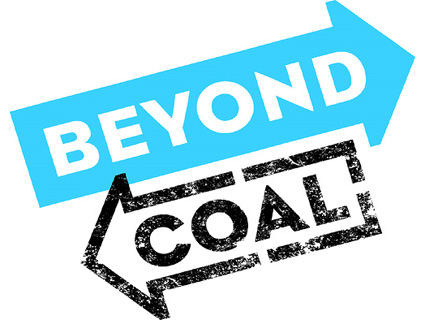 As so often with the Obama administration’s environmental policies, there is less than meets the eye to the new global warming rule the EPA proposed this week. In a new article for the next issue of Mother Jones, published online today, I reveal how a network of grassroots activists actually beat the EPA to the punch by imposing a de facto moratorium on new coal-fired power plants, America’s top source of greenhouse gas emissions.

On March 27, EPA administrator Lisa Jackson proposed a regulation that would sharply reduce how much carbon dioxide America’s power plants can emit—to 1,000 pounds of CO2 per megawatt hour of electricity produced. Coal defenders squawked, accurately, that the EPA rule, if adopted, would make it all but impossible for new coal plants to operate. West Virginia Sen. Joe Manchin III, a Democrat, accused the EPA of waging “a war on coal.”

But the real war on coal had been won well before this by grassroots activists of the Beyond Coal campaign. Alarmed by the Bush administration’s 2001 push to build 150 new coal plants, a network of local environmentalists, public health professionals, students, farmers, and ordinary citizens employed classic retail politics—mobilizing friends and neighbors, packing regulatory hearings, lobbying local officials and news media, demonstrating before city halls and statehouses—to say no to coal. With national coordination by the Sierra Club, the Beyond Coal campaign has helped to block 166 (and counting) new coal plants over the last decade, most of them in the red states of the South and Midwest.

These defeats reduced America’s greenhouse gas emissions by roughly two-thirds as much as Obama’s cap-and-trade legislation, rejected by the US Senate in 2010, would have achieved (assuming, generously, that cap-and-trade worked as well as its proponents claimed).

The new EPA rule will lock in these gains, and thus is important. But as a practical matter, the EPA is merely ratifying what Beyond Coal has already achieved: an end to new coal in the United States.

Much more remains to be done, however. Astonishingly—or maybe not—the EPA rule explicitly exempts existing coal plants from the new CO2 limits. Yet these often ancient plants not only produce the bulk of America’s CO2 emissions, they also are the dirtiest, deadliest source of conventional pollution. Mercury, particulates, and other emissions from the nation’s roughly 580 existing coal plants kill at least 13,000 people every year. This is why New York City Mayor Michael Bloomberg, a longtime public health advocate, has joined the Beyond Coal campaign, donating $50 million to advance the next phase of its work: moving from blocking new coal plants to shutting down existing ones and replacing them with energy efficiency and renewables—a job that, as my article reveals, will be much harder.

Still, the moratorium on new coal ranks as the biggest victory against climate change yet won in the United States. It shows that “America doesn’t have to wait for Washington to get the country on the right climate track,” says Mary Anne Hitt, who directs the Beyond Coal campaign for the Sierra Club. “This campaign has demonstrated that we can do this state by state, town by town, plant by plant. Not only can we do it, we are doing it.”

Map: The Cross-Country Fight Against Coal