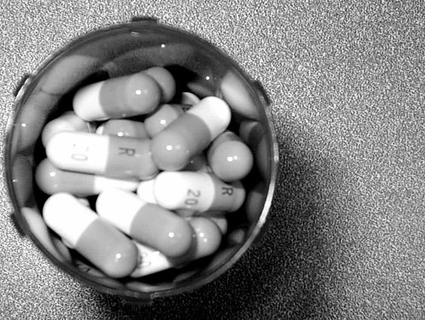 When Prozac first landed on pharmacy shelves in 1987, it immediately hit the jackpot. The new drug represented a novel class of antidepressants with fewer side effects and dramatically lower chances of overdose, and it was even successfully marketed for use as a diet pill. Now, the billion-dollar antidepressant industry funnels meds to roughly one out of every ten Americans—more than 33 million people a year. Yet given their prevalence, new research has public health experts scratching their heads about a worrisome trend: whether or not patients get prescribed these meds may stem from broader factors that have nothing to do with mental health at all—namely, race and health insurance status.

Consider one study from February. Scientists at the University of Michigan analyzed prescribing patterns among physicians treating patients diagnosed with major depression. Analyzing medical data from over 125 million patients, they found that doctors were far more likely to prescribe antidepressants to white patients and those with private health insurance, versus minorities and those using Medicare or Medicaid. Patients with Medicare or Medicaid who did manage to get prescriptions were around 60 percent less likely to be prescribed newer generation antidepressants like Prozac. Instead, physicians often opted to prescribe cheaper, older varieties.

Another study from Washington State University found that despite antidepressant use rising significantly over the past twenty years, rates among black and Hispanic patients from 1992-2008 were consistently less than half that of white patients. In 2008, roughly 11 percent of white patients getting treated for depression were being prescribed meds, compared to around 4 percent of Hispanics and blacks being treated for presumably the same conditions.

Why do these disparities exist? “The answer, to be honest with you, is we don’t know; we just don’t have the empirical evidence to substantiate it,” says David Sclar, a professor of health policy and lead author of the WSU study. Evidence is hard to nail down, Sclar explains, largely because it’s very difficult to run a controlled experiment where people feel comfortable discussing these issues. Whether it boils down to personal cultural differences, financial issues involving insurance providers, or thinly veiled racism in physicians, Sclar emphasizes that the causes would be very difficult to parse out. “It’s pretty easy to understand, however, that it’s probably a complex synergy between all of the factors we might think.”

Rajesh Balkrishnan, a professor of health management and policy who co-wrote the UM study, argues that policymakers and physicians should step up to eliminate the treatment gap. “As healthcare reform commits to reducing the number of US uninsured people, health insurance is hoped to increase accessibility to optimal healthcare, especially for those whose healthcare need is unmet,” he writes. The fact that patients receive different treatment for similar conditions, and that this may be tied to physicians’ relationships with the healthcare system, means that doctor guidelines need to be significantly improved.

“If the goal is to make sure that people with a particular disease get care, one would ideally want to see it be equitable,” Sclar says. “And the fact of the matter is that we don’t see that right now. That needs to change.”