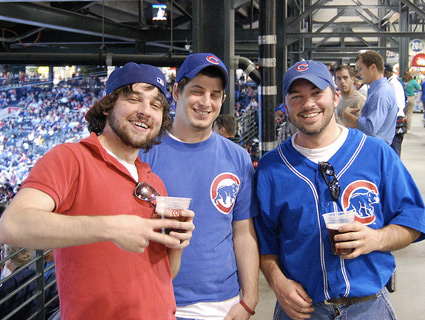 The New York Times won the morning on Thursday with an A1 story on a new anti-Obama super-PAC, Character Matters, that’s planning on spending $10 million on an ad campaign linking President Obama—a “metrosexual, black Abraham Lincoln”—to the Rev. Jeremiah Wright. Character Matters is hoping to get either Jon Voight or an “extremely literate conservative African-American” to narrate the spots, which would be produced by GOP ad guru Fred Davis (of “Demon Sheep” fame).

The money for all of this comes from Joe Ricketts, the TD Ameritrade founder, Bison Burgers baron, and, with his family, owner of the Chicago Cubs. Ricketts solidified his status as a campaign finance heavyweight when spent $600,000 in the last month of the election to try to take down Sen. Harry Reid (D-Nev.) in 2010. Since then, he’s launched a campaign to eliminate earmarks, given $500,000 to the anti-incumbent Campaign for Primary Accountability, and, earlier this month, spent $200,000 helping state Sen. Deb Fischer win the GOP Senate primary in his home state of Nebraska. (Ricketts’ son, Peter, is a former US Senate candidate and a member of the Republican National Committee.) Ricketts is sick and tired of wasteful spending—so much so that the briefing book outlining the Wright ad is actually entitled “The Ricketts Plan to End His Spending for Good.”

But Ricketts’ time with the Chicago Cubs tells a different story. Since the Ricketts Family Trust acquired the team two years ago, they have actively sought to use taxpayer money to expand their own business operations. As CBS Chicago reported in April:

The Cubs want to use $200 million in public funds to construct the long-planned Triangle Building along Clark Street in front of the ballpark. The Triangle Building would house team offices, a restaurant and parking, and would feature a Chicago Cubs Hall of Fame, a Cubs Pro Shop, and new ticket windows.

The only structure on the “triangle” site, the former Yum-Yum Donuts building, was torn down two years ago. Part of the site is now used as an ice rink during the winter months.

The Ricketts family also wants to use amusement tax revenue to fund the renovation, but Mayor Emanuel has not said whether he supports that plan.

In addition to using local amusement tax funds that might otherwise be spent shoring up actual public services, the Ricketts family is seeking a large federal subsidy to pay for a renovation of Wrigley Field. As the Chicago Sun-Times reported:

Ricketts also is seeking another public subsidy that is often overlooked in debates about publicly financed sports stadiums, according to economists. That’s the federal subsidy that arises when a stadium is financed with tax-exempt bonds…

The exemption can result in a large subsidy. The municipal-bond market has been a mess lately, but let’s assume a 2 percentage-point differential between tax-exempt and market interest rates. A $225 million stadium renovation financed 100 percent with 30-year tax-exempt bonds, assuming an equal portion of the principal is retired every year, would result in interest savings of $37.7 million, according to Dennis Zimmerman, a retired economist who studied the economics of stadiums at the Congressional Budget Office.

In fairness, “End the Spending—But Only When That Money is Being Spent on Other People” would be a terrible name for a super-PAC.

Update: Ricketts has released a statement calling the spot “merely a proposal—one of several submitted to the Ending Spending Action Fund by third-party vendors,” and disavowing its contents.

Update II: You can read my colleague Adam Serwer’s take on the l’affaire d’Ricketts here.