We snapped a few photos before things turned violent in Oakland yesterday. These protesters were part of the Occupy Oakland anti-capitalist march on banks in the downtown Oakland area. 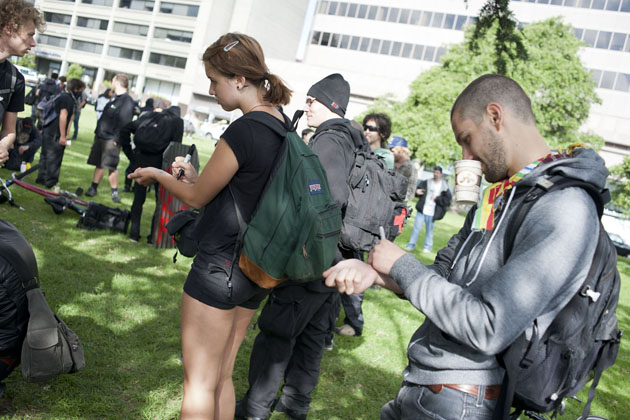 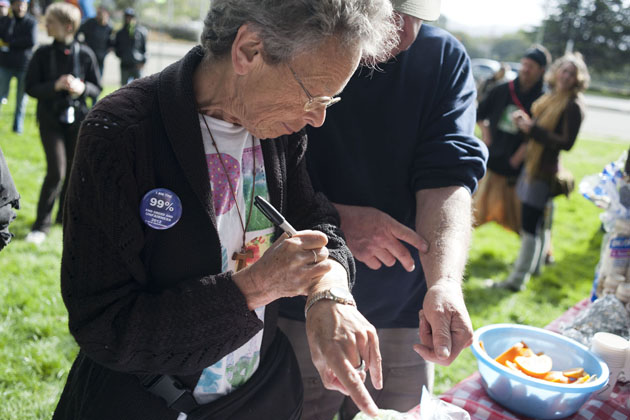 Protesters write the numbers of the National Lawyers Guild and medical help on their arms in case of a confrontation with police. 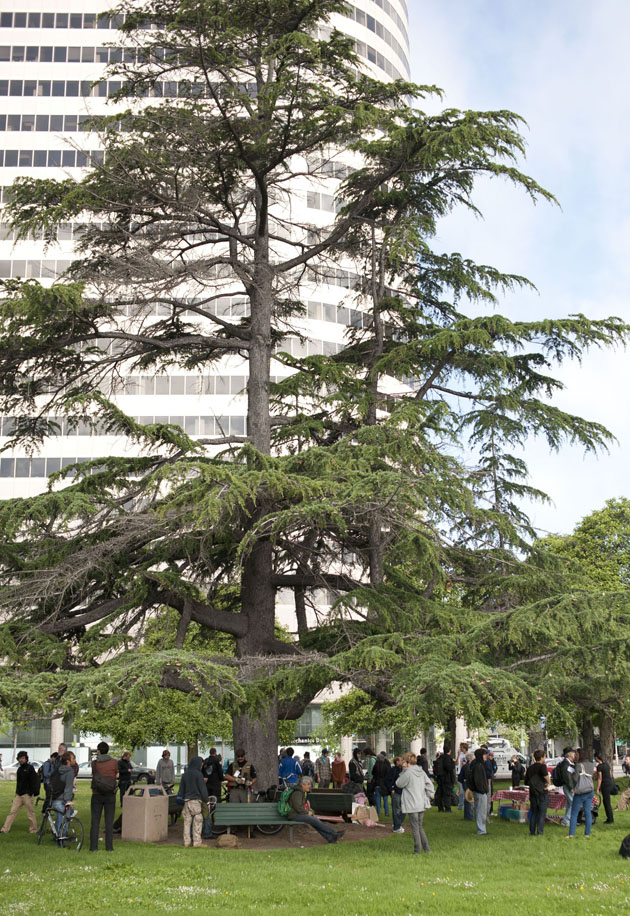 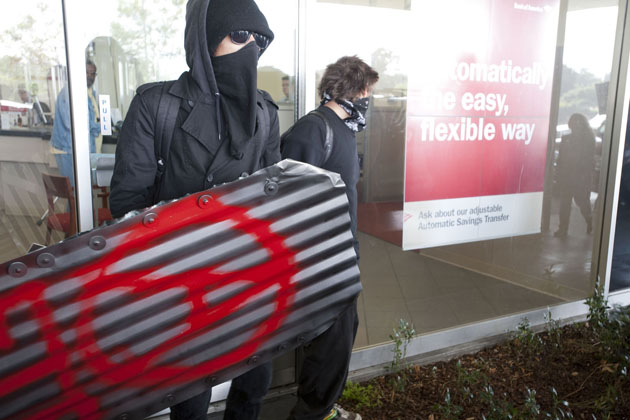 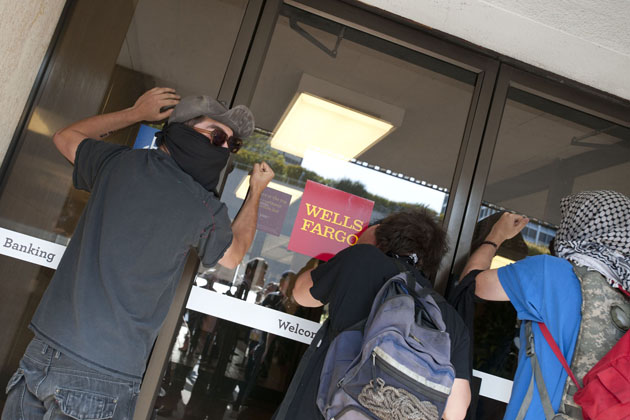 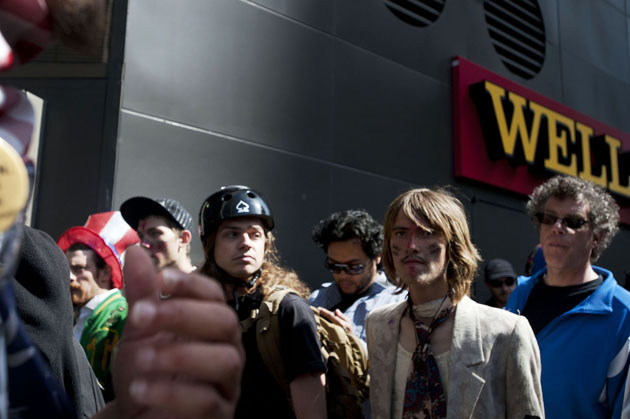 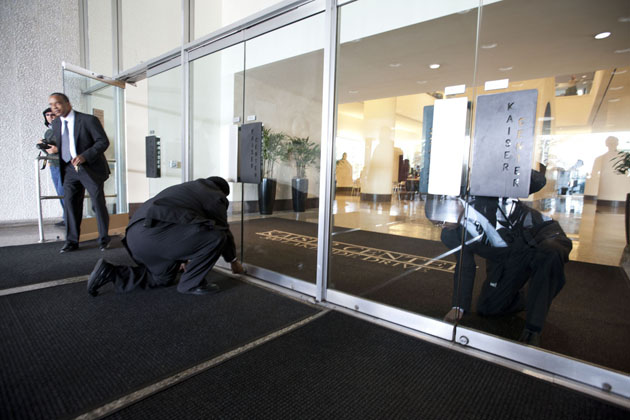 Wells Fargo bank security locks doors to a branch in downtown Oakland as Occupy Oakland protesters marched on the bank. 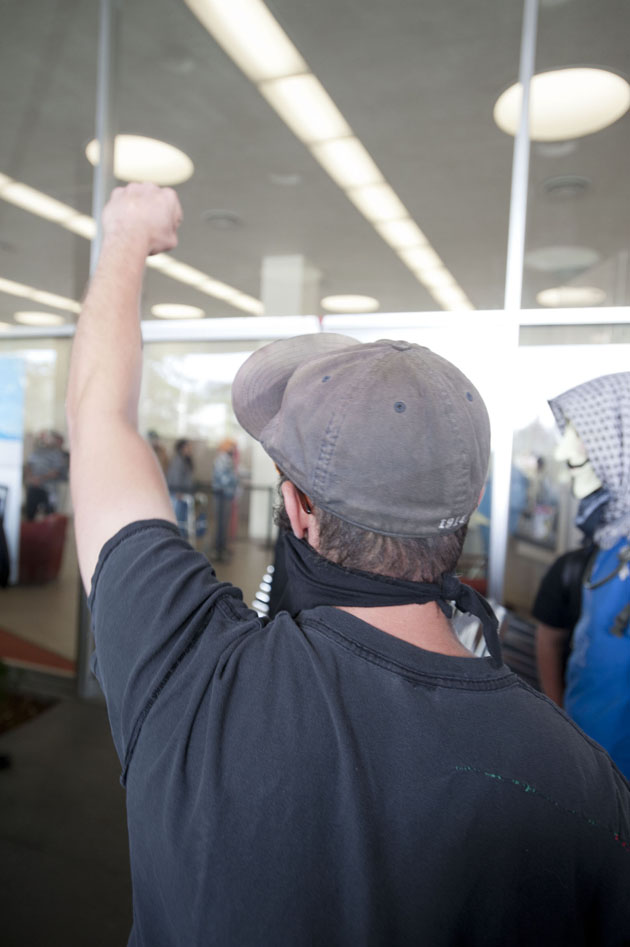 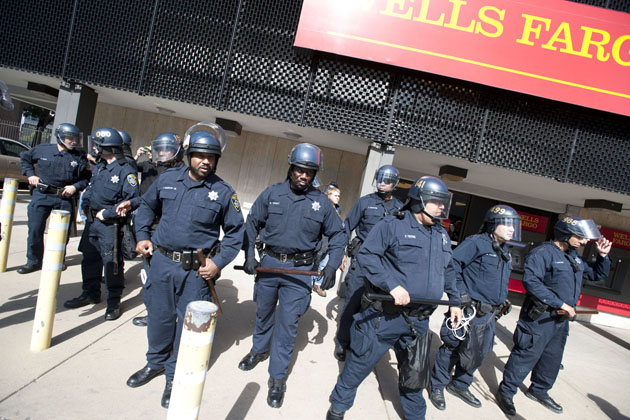 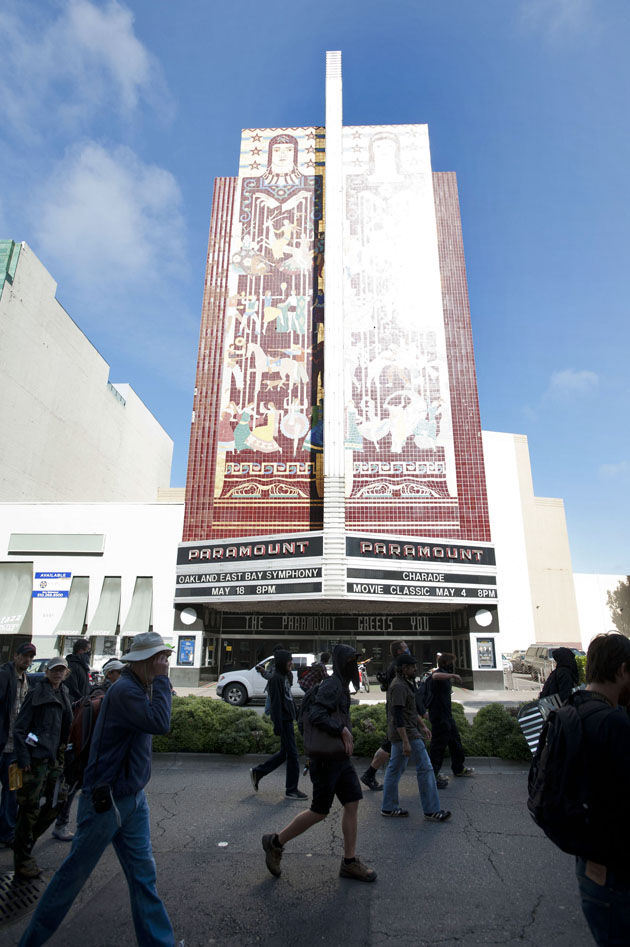 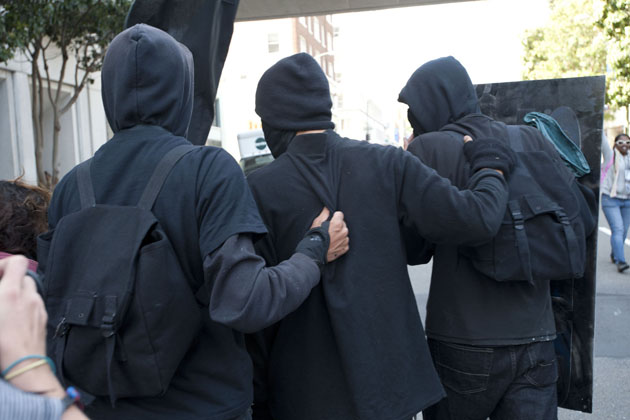 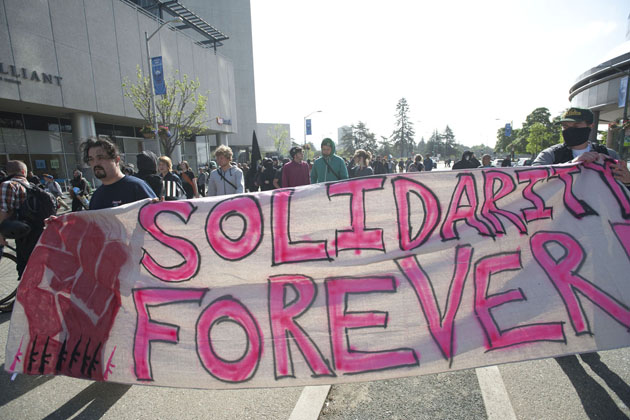 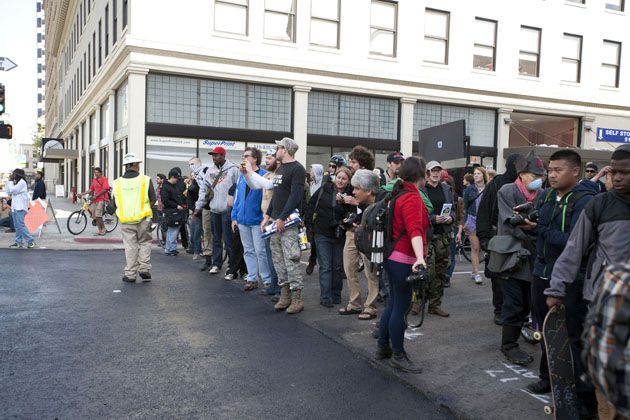 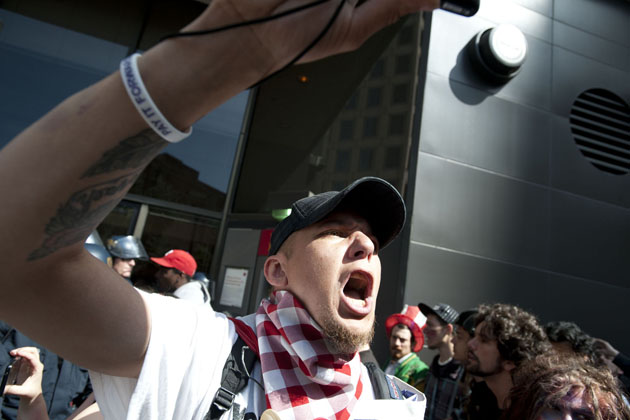 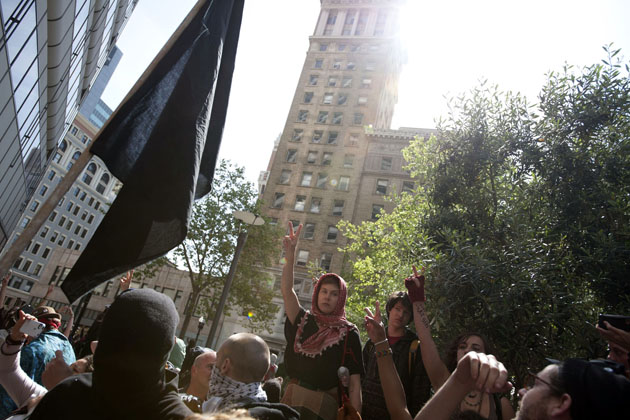 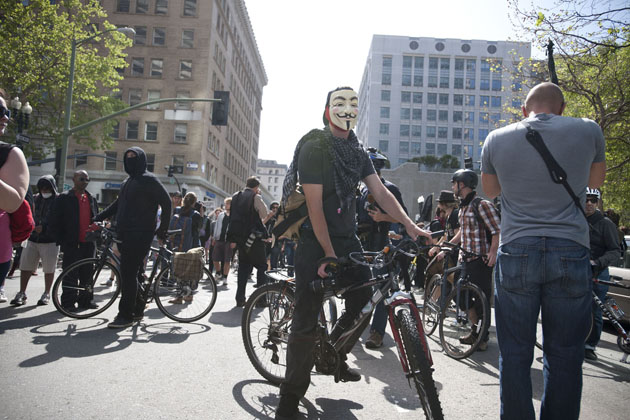 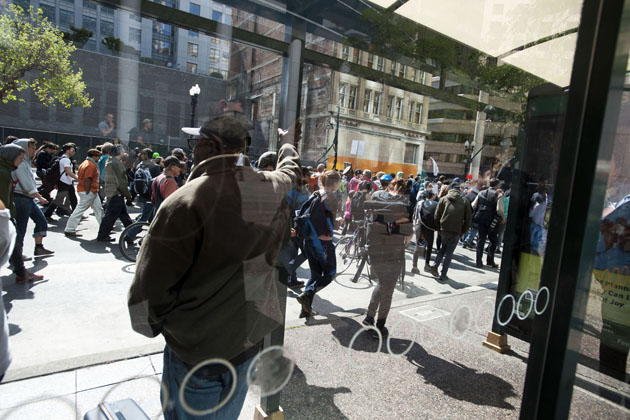 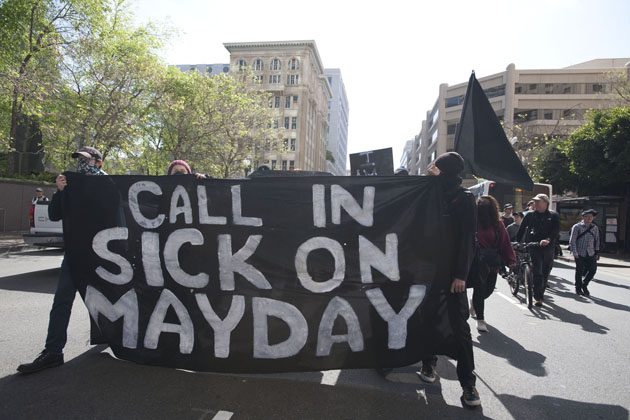 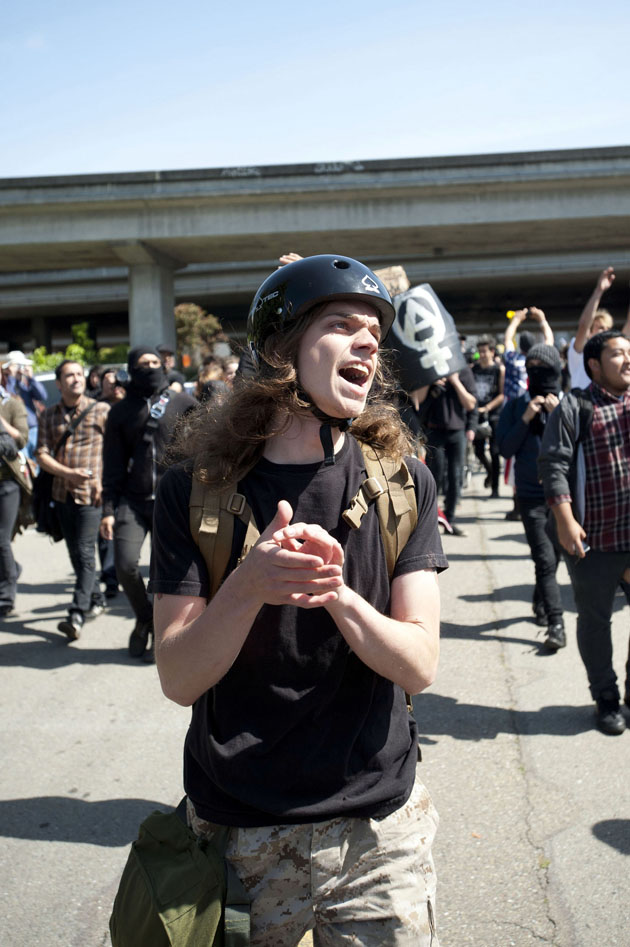 Scott Olsen was back out Tuesday. The Iraq War veteran and Occupy activist suffered a head injury after being hit with a police projectile in Oakland in October 2011. He told Mother Jones that it took two and a half weeks before he could speak at all after the injury, and about a month “before I was comfortable speaking.” 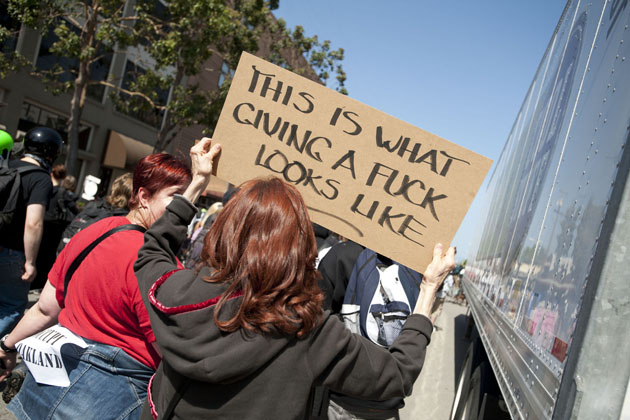