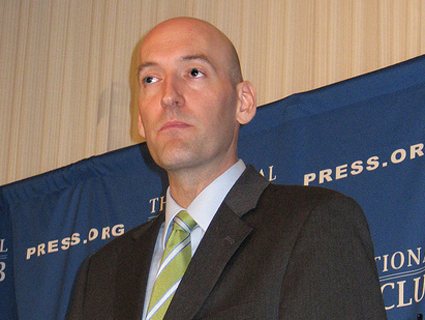 Nuclear Regulatory Commission Chairman Gregory Jaczko resigned on Monday, ending what had been months of fighting both over and within the panel charged with regulating the US nuclear industry.

“After an incredibly productive three years as Chairman, I have decided this is the appropriate time to continue my efforts to ensure public safety in a different forum,” he said in a statement. “This is the right time to pass along the public safety torch to a new chairman who will keep a strong focus on carrying out the vital mission of the Nuclear Regulatory Commission.”

Jaczko had served on the commission for nearly 8 years, and Obama tapped him to serve as its chairman in May 2009. He’d been under fire from the nuclear industry, as well as its allies in Congress and on commission. In the past years, battles over building a waste repository at Yucca Mountain and safety changes in response to the Fukushima disaster in Japan had put pressure on Jaczko, a reform-minded regulator who had worked for Rep. Ed Markey and Sen. Harry Reid before joining the NRC, to resign.

Jaczko’s main opponent on the panel was William Magwood, an Obama appointee and nuclear industry insider who had waged a campaign to push the chairman out. Magwood had previously worked for the Westinghouse Electric Corporation, a major provider of nuclear fuel, technology, plant design, and equipment, and had a record of championing expansion of the industry. He and the three other more industry-sympathetic commissioners accused Jaczko of mismanaging the commission. They expressed “grave concerns” about his leadership in a letter to the White House, and said he “intimidated and bullied” NRC staff.

But critics of the nuclear industry were fans of the chairman. “Jaczko did all he could to stand up to the political and economic influence of the nuclear industry and set commonsense reforms to make the industry safer post-Fukushima,” said Tyson Slocum, director of Public Citizen’s energy program in a statement. “But it wasn’t enough. The other commissioners didn’t want to be so tough on industry.”

The White House will need to appoint a new chairman to replace Jaczko.