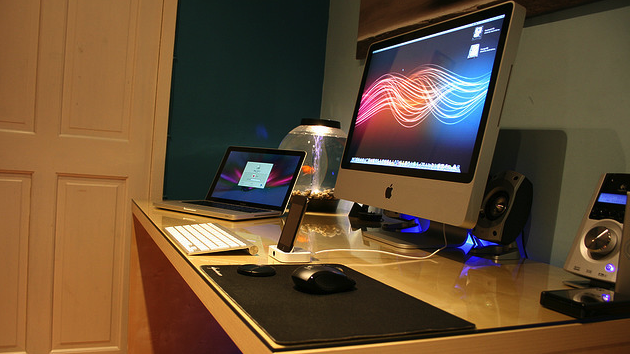 We all know we’re supposed to unplug our technological gadgets when we’re not using them, and back in the days when we only had a few home electronics—a TV here, a stereo there—that wasn’t so hard to do. But as our devices proliferate (see chart below), this formerly simple task has become increasingly annoying. Who wants to spend an extra 10 minutes every morning stalking around the house and finding phone chargers and cable boxes to unplug like we’re on some kind of weird easter egg hunt? And furthermore, would the energy savings from unplugging really be enough to make it worth the effort? I asked a few experts to weigh in.

According to Bruce Nordman, an energy efficiency researcher at the Lawrence Berkeley National Laboratory, as a general rule of thumb, the bigger—and older—the device, the more power it sucks up while it’s off. So it’s much more effective to unplug the decade-old TV in your guest bedroom than the phone charger that you bought last year. Another tip: “When you put your hand on the adaptor, if it’s hot, it’s using energy. If it’s not hot, it’s probably not using very much energy.” 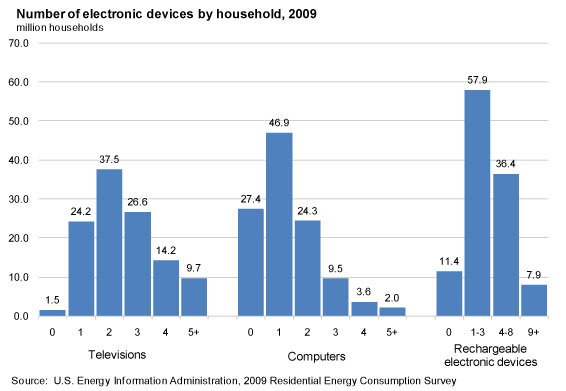 In general, though, Nordman doesn’t believe that unplugging modern appliances is really worthwhile, and he looks forward to the day when “smart” outlets and power strips (which are becoming more widely available) will do the thinking for us. In the meantime, “there’s probably better things to do with your time than unplugging things,” he said. “You could be changing out your lightbulbs or putting in insulation. That has a much higher return on investment.”

But an EPA spokeswoman I spoke to disagreed. She told me that the average household spends $100 a year on plugged-in devices even when they’re not being used directly. Nationwide, our idle gadgets and appliances suck up 100 billion kilowatt-hours of electricity—enough to power nearly 8.7 million homes—at a cost to consumers of about $11 billion. In addition to reminding me to choose only Energy Star-approved products, she singled out a few of the most power-hungry devices: