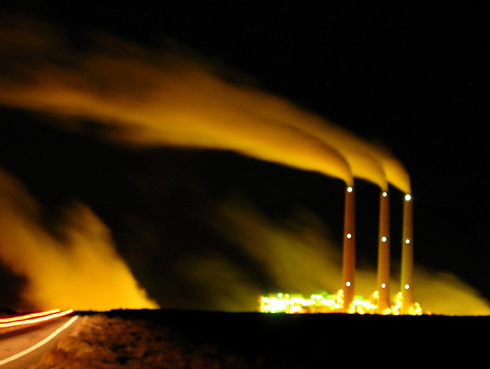 Turns out the Obama Environmental Protection Agency didn’t make up all that stuff about carbon dioxide being bad for you. On Tuesday, the District of Columbia Court of Appeals upheld the EPA’s determination that greenhouse gases warm the planet are dangerous for humans, as well as the agency’s ability to regulate those gases.

Several big polluters and friends of big polluters—groups like the US Chamber of Commerce, the National Association of Manufacturers, and the National Mining Association and states like Texas and Virginia—tried to sue the EPA to block new greenhouse gas rules. They were challenging both the EPA’s 2009 finding that the gases are a threat—a finding that came in response to a Supreme Court’s decision that the EPA could regulate those gases under the Clean Air Act, and a conclusion that the Bush administration itself reached but decided to sit on—and the agency’s ability to write rules to deal with those emissions.

Part of the challenge contended that the EPA had not done enough of its own work to prove that climate change is a real threat, to which the Court had a rather cheeky response. “This is how science works,” the judges wrote. “EPA is not required to re-prove the existence of the atom every time it approaches a scientific question.”

Enviros, as you might expect, are cheering the unanimous 82-page decision that found that the EPA was “unambiguously correct” in its process to introduce new emission rules. Here’s the Sierra Club’s executive director Michael Brune:

Carbon pollution is dangerous to our planet and our health. The Environmental Protection Agency has the right and the duty to keep our communities healthy and now the path is clear for them to curb this dangerous pollution, which threatens our families and planet. We applaud the court’s decision and stand with the EPA as they continue to fight for the health of American families.

EPA’s massive and complicated regulatory barrage will continue to punish job creators and further undermine our economy. This is the true agenda that President Obama is trying to hide under disingenuous reelection rhetoric about an ‘all of the above’ approach to energy.

The decision means that EPA can keep doing what it’s been doing on climate change. Sorry, Inhofe.