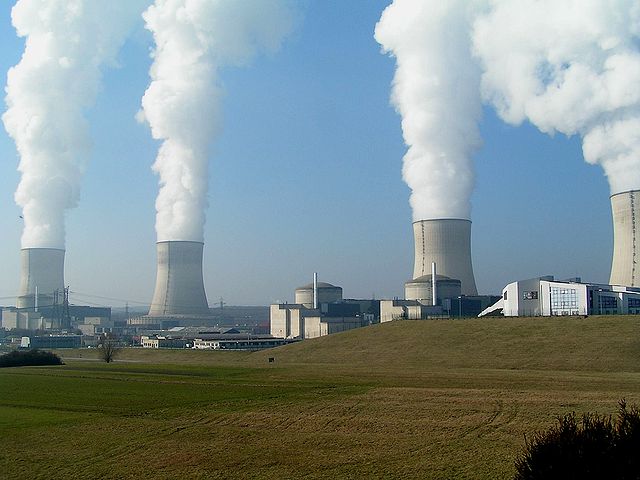 A new paper* in the prestigious journal Nature Climate Change assesses the vulnerability of electrical supplies in the US and Europe to climate-change. Specifically to rising water temperatures and reduced river flows needed to cool thermoelectric plants—coal, gas, and nuclear powered.

Both the US and Europe rely heavily on thermoelectricity. Currently: 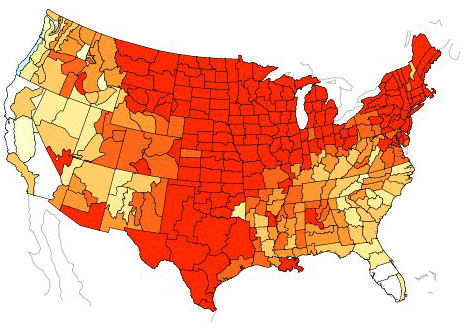 Annual temperature departures for the year 2006: NOAA Earth System Research Laboratory The problem is that during recent warm dry summers (2003, 2006, 2009) some thermoelectric power plants in Europe and the southeastern US were forced to produce less electricity when water temperatures rose too high to keep the plants adequately cooled or to meet environmental requirements. From the paper:

In both Europe and the US, power plants are highly regulated (European Fish Directive, Water Framework Directive and US Clean Water Act) with restrictions on the amount of water withdrawn and temperatures of the water discharged. It is especially during warm periods with low river flows that conflicts arise between environmental standards of receiving waters and economic consequences of reduced electricity production.

The authors combined water flow and temperature models with electricity production models. The results suggest big changes in the summers ahead. Specifically, in the years between 2031 and 2060:

[C]limate change will impact thermoelectric power production in Europe and the US through a combination of increased water temperatures and reduced river flow, especially during summer… Dry cooling systems or non-freshwater sources for cooling are possible alternatives but may be limited by locally available resources and have costs and performance disadvantages. A switch to new gas-fired power plants with higher efficiencies (~ 58%) could also reduce the vulnerability because of smaller water demands when compared with coal- and nuclear-fuelled stations (with mean efficiencies of ~ 46% and ~ 34%). Considering the projected decreases in cooling-water availability during summer in combination with the long design life of power plant infrastructure, adaptation options should be included in today’s planning and strategies to meet the growing electricity demand in the twenty-first century. In this respect, the electricity sector is on the receiving (impacts) as well as producing (emissions) side of the climate change equation.