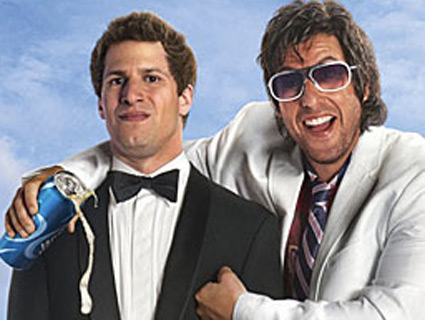 The new Adam Sandler flick That’s My Boy is one of the most oppressively unfunny films ever produced, reaching levels of jaw-dropping unwatchability that rival 2002’s The Sweetest Thing.

If you care about yourself, you will not see this movie ever. It is tailor-made to be consumed by the kind of grown men who will only eat chicken nuggets if they’re shaped like dinosaurs, and there are times when the film honestly feels like physical torture.

Here’s a redband TV spot for the damn thing:

That’s My Boy gets a wide release on Friday, June 15. The film is rated R for crude sexual content throughout, nudity, pervasive language and some drug use. Click here if you hate yourself and want to get local showtimes and tickets.