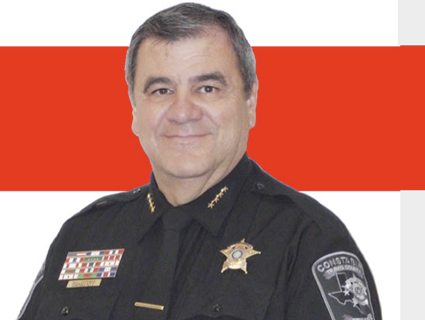 In May, we told you about Liberty for All, the libertarian super-PAC founded by a 21-year-old college kid from Nacogdoches, Texas. Last month, the group spent big bucks to help win a Republican House primary in Kentucky. The final tally: $600,000 in television ads, a 15-point victory, and a big fat quote on the front page of the New York Times. Preston Bates, the group’s executive director, told me he hopes to raise $10 million this summer and grow into the closest thing the “freedom” movement has to a genuine political party.

The group’s next move, however, is a little bit hard to figure. The Austin American-Statesman reports that Liberty for All is throwing its weight around in a place where, it’s safe to say, super-PACs rarely stray—the Democratic primary for 2nd precinct constable in Travis County, Texas. Challenger Michael Cargill is a gay African-American gun store owner, but as Liberty for All’s Bates makes clear, the race is really about incumbent Adan Ballasteros. Per the Statesman story:

The Libertarian-leaning political action committee has spent more than $35,000 in its first few days on this campaign, more than double what the two candidates raised leading up to Tuesday’s primary, and plans to spend more before the July 31 runoff…

“What’s interesting about Mike’s race is not necessarily who (Cargill) is. … It’s who he’s running against,” Preston Bates, Liberty For All’s executive director, said in an interview with the American-Statesman. In a news release, Bates called Ballesteros “the poster-bureaucrat for everything that’s wrong with the political landscape in America.”

What’s more, both Cargill and Liberty for All are launching an identical line of attack. Cargill, citing Ballestero’s 15-year-old charge for allegedly smuggling cocaine into the United States (the charges were ultimately dropped), has dubbed the incumbent “the cocaine constable.” According to the Statesman, Liberty for All “[o]rganizers sent a mailer to voters last week calling Ballesteros ‘the cocaine constable,’ saying he is ‘as corrupt as they come’ and showing a picture of a woman appearing to snort cocaine through a $100 bill.” This is perfectly legal—super-PACs are forbidden from coordinating with the candidates they support, but there’s nothing in the current law to stop an organization from parroting a candidate word-for-word.

The larger question, I suppose, is what the heck is a million-dollar super-PAC doing in a constable primary election in Austin?