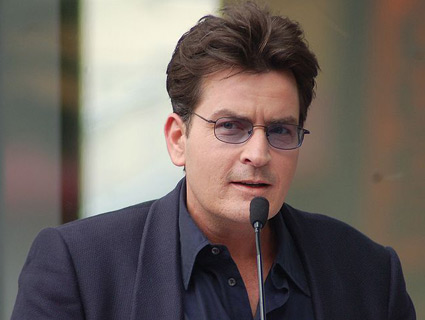 It was difficult for me to finish writing my review of Anger Management because every time I think about the show I see a hot flash of red, the veins in my neck tighten, and I wake up hours later, covered in entrails, in a location I’ve never been to before.

Anger Management (premiering Thursday, June 28 at 9 p.m. EST on FX) is a loose adaptation of the 2003 Jack Nicholson/Adam Sandler comedy of the same name—a film that precisely no one was asking to be adapted into a TV show. The new laugh-track-laden sitcom stars Charlie Sheen. Remember? Sheen? Charlie? Hot Shots! Part Deux? Charlie Sheen?

There is absolutely nothing redeeming about this show. It’s listlessly acted, crappily scripted, and a textbook example of faux-edginess. (It’s rare that prison rape jokes and “I shot my boyfriend in the dick” jokes fall this deafeningly flat.) The series does score high marks for irony, though, given its title and the fact that it enrages me.

It’s godawful. It’s insultingly bad and heartachingly dumb. It’s like someone took the abruptly cancelled ABC sitcom Help Me Help You, lobotomized it, put it on cable TV, and lobotomized it all over again. So just don’t watch it, ever. The feeling you get from doing so is akin to the feeling you get after sleeping with your best friend in a feverish drunken haze during a creatively themed New Year’s party at a Holiday Inn: You will regret it almost immeidately, you will hate yourself for allowing yourself to do it, and you will likely vomit out of nausea and sadness.

This TV show ruins lives. But if you still feel the urge to tune in Thursday night, please first take a moment to tweet me your contact info. We’ll have a long conversation about this, and I will do everything I can to walk you back from the brink.