James Davies, Rodrigo Lluberas and Anthony Shomocks, Credit Suisse Global Wealth Databook, 2011 The tax plan passed by Senate Democrats on Wednesday isn’t really about taxing the rich; it’s about taxing the megarich. As Timothy Noah has explained in The New Republic, the plan would actually reduce taxes on a lot of fairly rich people by renewing the (supposedly temporary) Bush-era tax cuts for everyone except those who make more than $250,000 a year. Even then, Democrats are only proposing a higher marginal tax rate, which means that even people raking in far more than $250,000 will still pay lower taxes on their first quarter million in annual earnings. Crunch the numbers, and it turns out that the biggest losers under the Senate plan are couples who earn more than $1 million a year—mostly multimillionaires and billionaires.

While the Senate tax plan could certainly go further in taxing the rich, focusing on the megawealthy makes sense considering how much of our economy is now controlled by them. According to the Internal Revenue Service, there are 66,000 taxpayers who individually control $20 million or more in assets, and all these people put together are worth $4 trillion—more than the net worth of the majority of the US population.

The investment bank Credit Suisse, for its part, classifies “ultra high net worth individuals” as people with at least $50 million in assets—and according to the bank’s 2011 Global Wealth Databook, more of these UNHWIs live in the United States than anywhere else in the world (see chart above).

So perhaps America has lots of multimillionaires because it’s a prosperous country? That’s certainly a factor—but not the only one. Compared to the superrich in the six other countries with the most multimillionaires, American tycoons grab a disproportionately large share of the economic pie:

Percent of Income Earned by Top 0.1% of Taxpayers 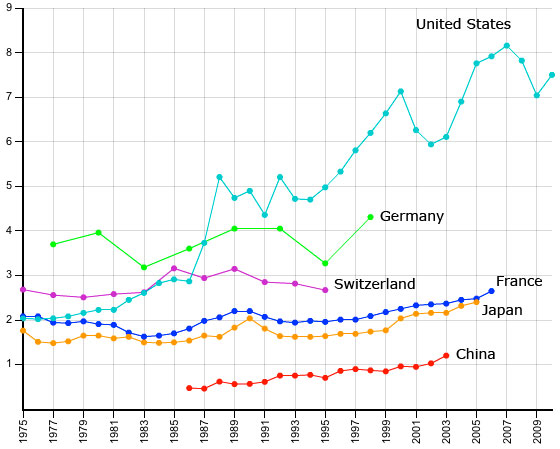 Yet despite raking in such a large share of the national income, our nation’s über-wealthy pay very little in taxes by global standards: 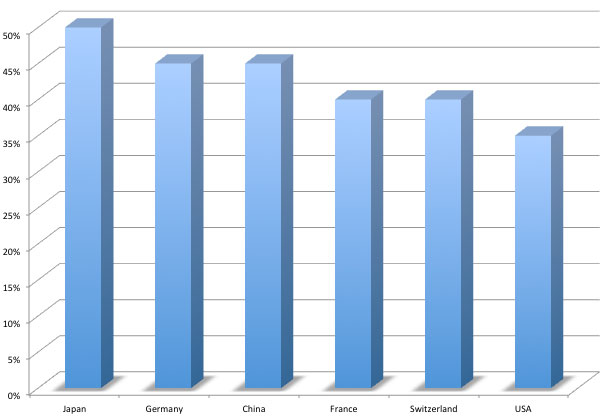 But don’t higher tax rates at the top slow economic growth? Apparently not, considering the growth rates of our tax-happy competitors. 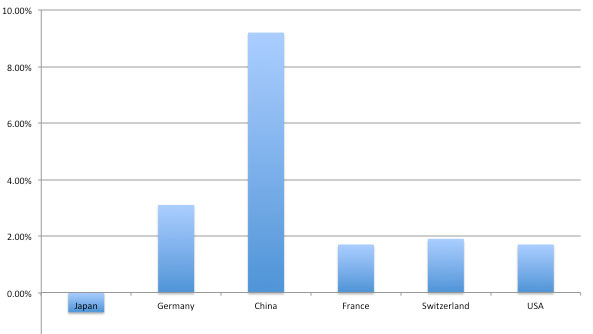 So why hasn’t Congress already raised taxes on the rich? Perhaps because the superwealthy have raised a lot more political money than the rest of us.

READ MORE: 4 Ways That Democrats Want to Cut Taxes on The Rich