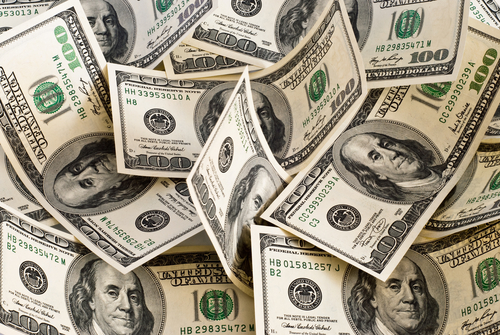 The four big super-PACs devoted to defending President Obama and growing the Democratic ranks in Congress just announced an uptick in their fundraising haul for the 2012 elections. These groups raised more than $25 million in April, May, and June. That’s more than previous quarters, but not close to enough to keep pace with outside GOP groups plotting to spending a projected $1 billion this election cycle.

The $25 million raised by Democratic outside groups pales in comparison to what conservatives and Republicans have reeled in. In April, Steven Law, who heads the American Crossroads super-PAC, announced that Crossroads and its nonprofit affiliate, Crossroads GPS, had together raised nearly $100 million for the 2012 cycle. The Koch brothers’ donor network is expected to pump $400 million into groups hammering Obama and Democrats.

The Democratic outside groups are well aware of what they’re up against. “Together we’re ensuring that Democrats will have the resources to level the playing field and fight back against the right’s attacks in order to keep the White House, maintain a majority in the Senate, and take back the House,” the Democratic groups said in a statement.