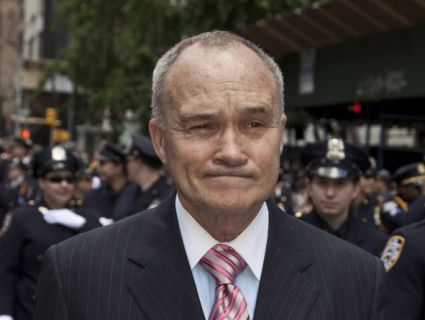 The NYPD is regularly held up as one of the most sophisticated and significant counterterrorism operations in the country. As evidence of the NYPD’s excellence, the department, its allies, and the media have repeatedly said the department has thwarted or helped thwart 14 terrorist plots against New York City since September 11.

In a glowing profile of Commissioner Ray Kelly published in Newsweek last month, for example, journalist Christopher Dickey wrote of the commissioner’s tenure since taking office in 2002: The record “is hard to argue with: at least 14 full-blown terrorist attacks have been prevented or failed on Kelly’s watch.”

The figure has been cited repeatedly in the media, by New York congressmen, and by Kelly himself. The NYPD itself has published the full list, saying terrorists have “attempted to kill New Yorkers in 14 different plots.”

As Mayor Michael Bloomberg said in March: “We have the best police department in the world, and I think they show that every single day and we have stopped 14 attacks since 9/11 fortunately without anybody dying.”

A review of the list shows a much more complicated reality—that the 14 figure overstates both the number of serious, developed terrorist plots against New York City and exaggerates the NYPD’s role in stopping attacks.

The list includes two and perhaps three clear-cut terrorist plots, including a failed attempt to bomb Times Square by a Pakistani American in 2010 that the NYPD did not stop.

Of the 11 other cases, there are 3 in which government informants played a significant or dominant role (by, for example, providing money and fake bombs to future defendants); 4 cases whose credibility or seriousness has been questioned by law enforcement officials, including episodes in which skeptical federal officials declined to bring charges; and another 4 cases in which an idea for a plot was abandoned or not pursued beyond discussion.

In addition, the NYPD itself does not appear to have played a major role in breaking up most of the alleged plots on the list. In several cases, it played no role at all.

The NYPD did not respond to requests for comment on the list of 14 alleged plots and how it was assembled. Update (7/10): Bloomberg countered our story Tuesday afternoon, saying “we’ll never know” how many plots the NYPD has truly thwarted.

The following is a breakdown of the plots on the NYPD’s list.

Cases with significant or dominant role by government informants:

US officials (often anonymous) question credibility or seriousness of cases:

Cases in which an alleged idea for an attack was not pursued: