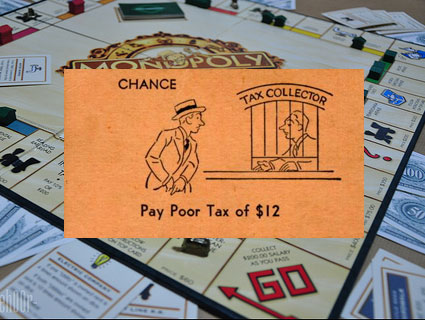 How will Republicans pay for their proposal to extend Bush-era tax cuts for the wealthiest two percent of Americans? In part, by raising taxes on low- and moderate-income working families.

According to the watchdog group Citizens for Tax Justice, the GOP’s tax plan would allow the expiration of tax breaks worth a total of $11.1 billion for 13 million working families. (Democrats want to keep those tax breaks in place.) That’s enough money to make up for 40 percent of the value of the GOP’s proposed tax cuts for the rich.

Here’s a rundown of the GOP’s proposed tax increases, and what they’ll cost working families:

Child Tax Credit: A tax deduction for families with children
GOP proposal: End a portion of the credit for families making between $3,000 and $13,300
Savings to federal government: $7.6 billion annually
Tax increase for average family: $854 annually

Earned Income Tax Credit: A tax credit for people who work but have low wages
GOP proposal: Reduce EITC for some married couples (i.e., bring back the “marriage penalty”) and for families with three or more children
Savings to federal government: $3.4 billion annually
Tax increase for average family: $530 annually

According to CTJ, virtually all of these tax increases would apply to families making less than $50,000—people for whom a few hundred dollars can make a huge difference. Unfortunately for them, the media is focused instead on how Obama’s tax increases on incomes above $250,000 will make life intolerable for rich people.