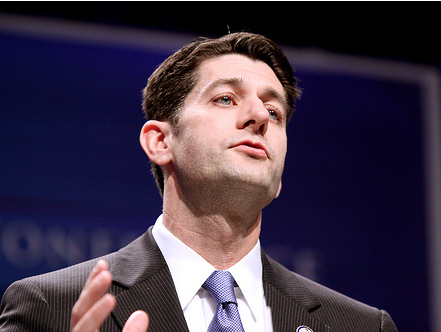 It’s never a good sign when a politician has to restate, on more than one occasion, that he believes “rape is rape.” But that’s the position Republican vice presidential candidate Paul Ryan has found himself in ever since the topic of “legitimate rape” entered the national conversation. Ryan, as my colleague Nick Baumann pointed out last week, was one of the cosponsors of a measure that would have redefined the rape exception for federal funding of abortion to only include “forcible rape”—a move that could mean victims of date rape or statutory rape would no longer be covered.

Here’s Ryan trying to explain his position on rape in an appearance on Fox News, via Politico:

Asked on Fox about having supported legislation that referred to rape as “forcible rape” Monday, Ryan said that was “stock language” that has been used in many bills.

“Look, all these bills were bills to stop taxpayer financing of abortion. Most American agree with us, including pro-choice Americans — that we shouldn’t use hardworking taxpayer dollars to finance abortion,” the Wisconsin lawmaker told Bret Baier.

“Rape is rape, period,” he said, repeating a phrase he has uttered many times since last week. “This is language that was stock language used for lots of different bills, bills I didn’t author. And that language was removed to be very clear and I agree with that. Removing that language so that we are very clear. Rape is rape. Period. End of story.”

This indicates a few things. For one, Paul Ryan either didn’t really bother to find out what the specific language regarding rape really meant before he agreed to cosponsor the measure, or he didn’t care and in fact does think that some rapes are rapier than others. And his plea that the bill merely used “stock language” suggests that he and other lawmakers were just borrowing the legislative language happily provided by anti-abortion groups such as the National Right to Life Committee who believe that the government should be in the business of deciding which rape victims are worthy of abortion funding.