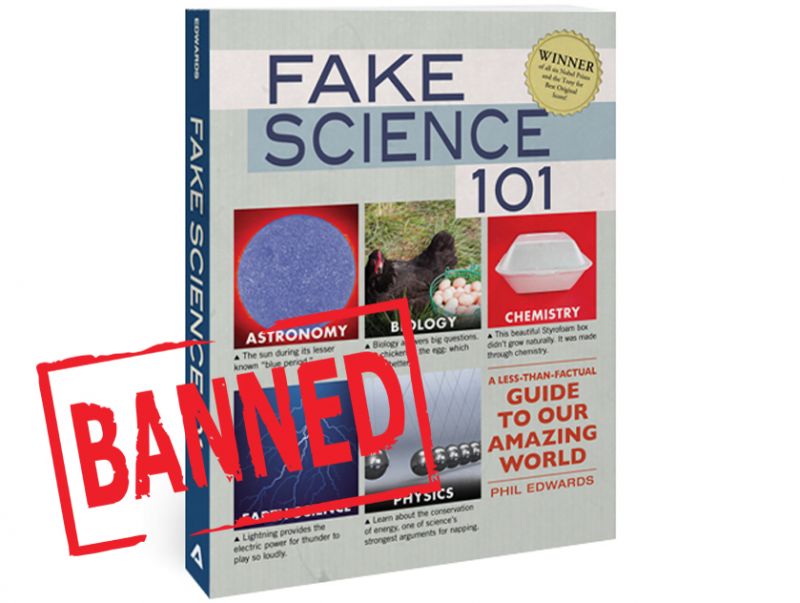 Texas has a bad reputation for pushing bogus claims and avoiding inconvenient science in its text books. But now it’s getting attention for actively trying to ban a Daily Show-esque book about fake science from a Houston school.

Phil Edwards is the author of Fake Science 101. The book, released on August 15, came out of a Tumblr account that Edwards created two years ago. He dubs it “a less-than-factual guide to our amazing world,” and says it was inspired by his realization that he didn’t actually know how many things in the world worked—why we get scabs, for example, or how a cell phone tower works. A writer who studied English and history in college, he told Mother Jones he started the blog because he “thought it would be interesting to explain some of that stuff without the burden of the facts.”

It has chapters like “Chemistry: Blowing Things Up With Science.” Among other things, it claims that decaffeinated coffee is made from the dirt the actual coffee plant is grown in and includes cave drawings of the “first cave talk show.” Edwards says he was a bit surprised to learn that some teachers have been using stuff from his blog to start class lessons about the scientific method and critical thinking. “Teachers will frequently use it as a lame teacher joke to start the conversation,” he said.

But apparently the Houston School District doesn’t get the joke. The Houston Press reported recently that a teacher requested a copy of the book for class, but was rebuked by the district. “A book like that may be intended humorously, but it is mocking the quality of education in our district,” said a memo sent to teachers. “We cannot have our district ridiculed as a non-scientific one.”

This is extra-funny, given the loose grasp on science in the state of Texas. But I guess I can see why the Houston district might be a little touchy about the whole thing. Edwards says the book wasn’t intended to be political in any way. “It’s mostly silly,” he said. “That’s the main message of the book.”

The flap in Texas (which made Huffington Post and Gawker) has helped him sell more copies of the book, Edwards reports. 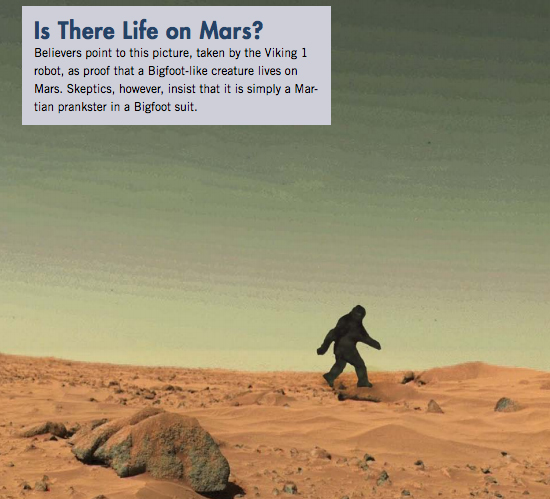