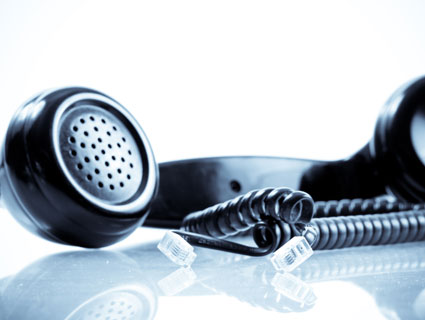 Specifically, the House members who voted 301-118 on Wednesday to reauthorize the vast spying powers in the Foreign Intelligence Surveillance Act Amendments Act (or FISA Amendments Act, and yes, that’s really its name) don’t seem to understand what they were doing. The same thing happened in 2008, when Congress first voted to retroactively legalize warrantless wiretapping. Then, as now, supporters of the legislation falsely insisted that it does not collect the communications of American citizens.

“This bill has nothing to do with Americans on American soil,” said Rep. Trey Gowdy (R-S.C.) on the floor. The bill only grants authority for “targeting foreigners located outside of the United States, and not on Americans in the United States, or anywhere else in the world,” said House Permanent Select Committee on Intelligence Chair Rep. Mike Rogers (R-Mich.), who repeated this twice for emphasis. House Judiciary Committee Chairman Lamar Smith (R-Texas) even emphasized that “the government cannot reverse target individuals overseas in order to monitor those in the United States. That means the government cannot target a US person simply by monitoring a non-US person that the US person is talking to.”

That’s not true. The bill “allows the bulk suspicionless collection of communications coming into and out of the United States,” explains Michelle Richardson, legislative counsel with the American Civil Liberties Union. “While the proponents always point out we’re targeting the overseas end and those people don’t have Fourth Amendment rights, the Americans and other people in the US on the other end of that call, or email or Skype, do have Fourth Amendment rights.”

See, the law allows the government to collect communications between individuals abroad who are interacting with people in the United States. In other words, the government can get around Americans’ Fourth Amendment rights against search and seizure by “targeting” the communications of a foreigner who just happens to be communicating with someone in the United States. They’re not supposed to deliberately exploit the loophole to get around the Fourth Amendment, but once they use it to get information, they can keep it, even if they find out that they were spying on an American citizen after the fact.

The Cato Institute’s Julian Sanchez, who watched in horror as the House floor debate unfolded and first noted that supporters in Congress seemed not to grasp the implications of the bill, points out that the key word here is “target.” Citing David Kris, the former head of the Justice Department’s national security division under Obama, he writes that “the ‘target’ of a surveillance program under [the bill] is typically just the foreign group—such as Al Qaeda or Wikileaks—that the government is seeking information about.” It’s that broad.

Imagine there’s an email address the US believes Al Qaeda is using—and note that emails aren’t necessarily tied to a given location. Well then it can monitor those emails, because Al Qaeda is a “non-US person.” If they just happen to pick up a bunch of information about Chicago resident Rio Murrikan, well then they get to keep it, because they weren’t “targeting” him. They were targeting Al Qaeda. Despite what supporters of the bill claim, the NSA has certainly intercepted communications when both persons were located inside the United States before.

How often does the personal information of American citizens get collected while the government is ostensibly targeting non-Americans? The government won’t say. Two senators, Mark Udall (D-Colo.) and Ron Wyden (D-Ore.), sent a letter to the National Security Agency asking how often the agency collects information on Americans while it’s technically “targeting” foreigners’ communications. The NSA’s answer, as Spencer Ackerman of Wired put it, was that it would violate Americans’ privacy for the NSA to acknowledge how often it spies on them.

Since the NSA wouldn’t play ball, Udall and Wyden tried to get two changes into the FISA bill that would address the massive hole the FISA bill burns into the Fourth Amendment. The first would compel the NSA’s inspector general to conduct an audit of how frequently Americans’ communications are collected. The second would ensure that the NSA can’t use any information it hoovers up on Americans unless the government has obtained a warrant or the situation is an emergency. The Senate Select Committee on Intelligence voted down both amendments. A bill that allows the government to spy on Americans without a warrant is sailing to passage, almost untouched, as the country’s attention is fixed on the slow-motion train wreck that is the US presidential election.

Still, Wired‘s David Kravets reports that Wyden has put a hold on the bill, and it’s unlikely to come to a vote in the Senate before the election in November, despite having already passed the House. But given that the Obama administration has supported the mostly unaltered version of the bill, the most likely outcome is that it passes with no changes no matter who ends up in the White House, despite the fact that members of Congress don’t seem to understand what it does.

On the other hand, maybe they do know that the bill allows warrantless surveillance of American citizens, and they simply don’t care.