The xx
Coexist
Young Turks/XL
When The xx’s self-titled debut made its way into the public consciousness back around late 2009, it was like nothing else I was listening to. Starkly sophisticated, complexly minimal, overtly sexual, deeply felt—I did the aural equivalent of a double-take, and then I was hooked. I suspect many people had a similar reaction, because all of a sudden they were everywhere, prompting the question: Who were these guys anyway, and where had they come from?

That’s when you found out that the band’s members—guitarist Romy Madley Croft, bassist Oliver Sim, and beatmaker Jamie Smith (aka Jamie xx)—were, like, 20 years old, just out of school and living in London. How the hell did they know so much about love and sex and longing—let alone how to put it all to such original music? And perhaps most importantly, when would they make more of it?

Three years and a lot of acclaim later, the band’s formula is essentially the same as on that out-of-nowhere smash debut: slow pace, empty space, sparsely seductive guitar lines, heartfelt vocals whispered directly into your ear. Coexist is an even more intimate record, even breathier and more hushed than their first, and the higher production values afforded by success let you hear every almost-crack in Croft’s and Sim’s voices, particularly on ethereal opening track “Angels,” where Croft delicately winds her way through a mostly-vacant landscape of momentary drumbursts and delicate guitar. And familiar though the band’s sound may now be, their use of negative space can still be a minor revelation, as on “Missing,” where a full four seconds of silence hang between the moment when Sim drops the bombshell “and now there’s no hope for you and me” and the one when the piercing guitar and heartlike beat finally kick back in.

It’s hard not to wish for a few more songs that seethe with the barely contained desire of the debut.

Coexist is also a darker album, with few moments of lightness or levity. “Try” lilts in a way that could almost be described as upbeat, but a high-pitched, quavering guitar gives the song an eerie cast that doesn’t quite fit, while violin strains add a plaintive note to the simple drums and nimble bassline of “Tides.” “Fiction” is downright ominous, with woozy beats (notes here of the Weeknd, himself an artist clearly influenced by The xx) and deep piano chords sounding in the background as Sim despairs, “I know your face all too well/Still I wake up alone.”

While the lack of sharp sounds or distinctive structures means that the album tends to run together, especially on the first couple listens, a couple of songs do stand out from the general miasma: the steel drums of “Reunion” are a surprising and welcome addition to an album that specializes in subtraction, while the spot-on “Chained” provides some much-needed edge, building from the initial hushed cymbal roll to the agonized chorus—”We used to get closer than this/Is it something you miss?” lament Croft and Sim over fluttering, swirling synths. The lyrics on these and other songs admittedly tend towards the banally repetitive (“They would be as in love with you as I am/They would be in love, love, love,” and so on), but I suppose no one really listens to The xx for the words, which exist here primarily as vessels to be filled up with the emotion in Croft’s voice. And there’s plenty of that to go around. Even the songs about being in love (as opposed to losing it, or wanting it) are about really complicated love. 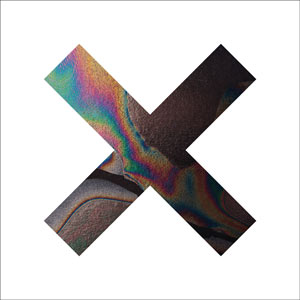 Smith has said that Coexist was influenced by club music, and while that may seem an odd touchstone for an album of quiet, aching slow jams, a few songs do seem to have been written with the dance remix in mind. The morose lyrics of “Sunset”—”I always thought it was sad/When we act like strangers/After all that we had/We act like we had never met”—are anchored by a strong, albeit muffled, pulse that snakes its way into your head. Likewise on “Swept Away,” where a complex rhythm builds over the course of a minute or so in the middle of the song, so you suddenly realize you’re nodding along to a multipart beat where moments before there’d been only yearning sighs.

In its current iteration, though, most of the album feels better suited for staring deep into someone’s eyes than locking them across a dance floor. Which is a shame: As beautiful as it all sounds, it’s hard not to wish for a few more songs that seethe with the barely contained desire of the debut, that are charged with lustful anticipation rather than anguished longing. The thrill that permeated xx is largely absent this time around—Coexist simmers, smolders, but never quite sparks. This record is about smoke without fire; about building up, not catharsis—and don’t get me wrong, the band has those tricks down to a T. But in paring their sound down as far as it can go, it occasionally gazes too far into the void: Coexist is an exquisite record, but too often a bloodless one.