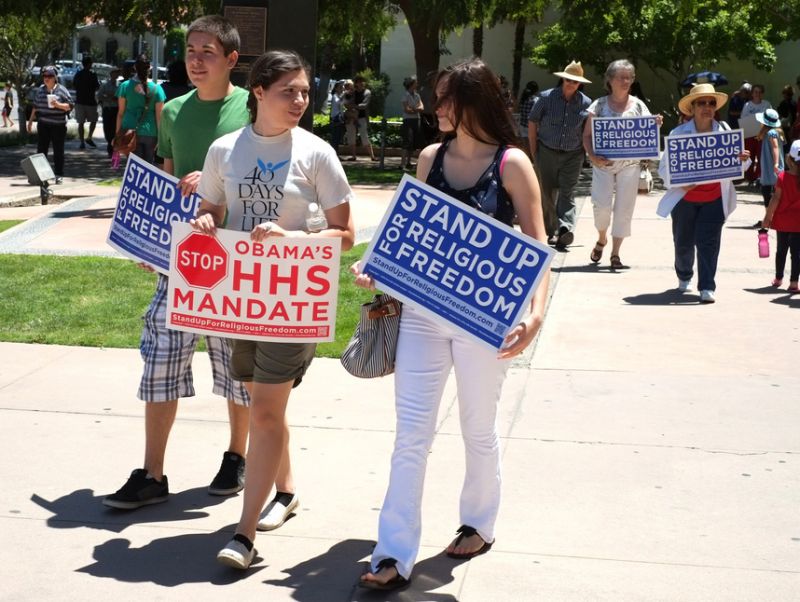 The anti-abortion PAC Susan B. Anthony List announced on Wednesday that it is launching a new super-PAC, Women Speak Out, to counter the electoral advocacy of pro-choice groups.

The Susan B. Anthony List is a 20-year-old PAC launched to support anti-abortion candidates, which has become strongly aligned with the Republican Party in recent years. While the group has always spent money to elect anti-abortion candidates, the new super-PAC will allow it to raise unlimited funds to deploy in key states and districts. Women Speak Out says it plans to spend $500,000 on ads in swing states.

“We cannot sit back and allow the deep-pocketed abortion lobby led by Planned Parenthood and EMILY’s List claim to speak for all women,” said Susan B. Anthony List president Marjorie Dannenfelser in an email soliciting donations for the new PAC. The email requests contributions so that the group can air ads criticizing Obama as an “abortion radical” during Wednesday night’s presidential debate. The ads would counter new anti-Romney spots bankrolled by Planned Parenthood’s 501(c)4 and PAC. A pro-choice Super PAC has also received some major new donations in recent weeks.

The Women Speak Out ads make a number of inflammatory claims about Obama—including that he supports aborting baby girls, that he supports killing babies who are “born alive” in the course of a “failed abortion,” and that the healthcare reform bill is “the biggest ever expansion of tax-subsidized abortion.”