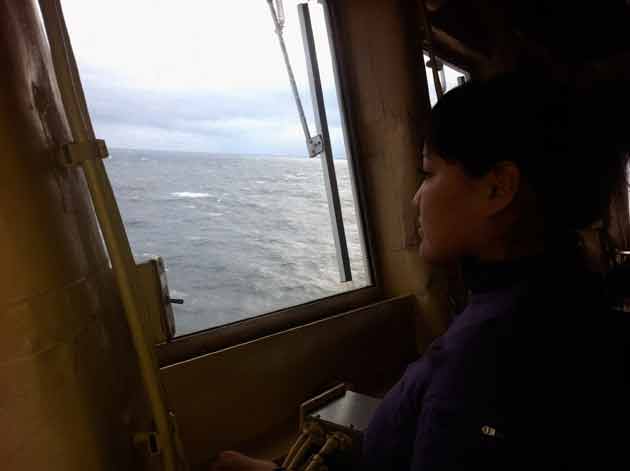 Editor’s note: Julia Whitty is on a three-week-long journey aboard the the US Coast Guard icebreaker Healy, following a team of scientists who are investigating how a changing climate might be affecting the chemistry of ocean and atmosphere in the Arctic.

Traveling with us on the cruise through the Arctic Ocean is Leanna Russell, a member of the Native Village of Barrow. Leanna’s aboard the ship as a community observer whose daily reports on Healy‘s work and the ship’s interactions with local subistence hunters eventually wend their way to the National Science Foundation. 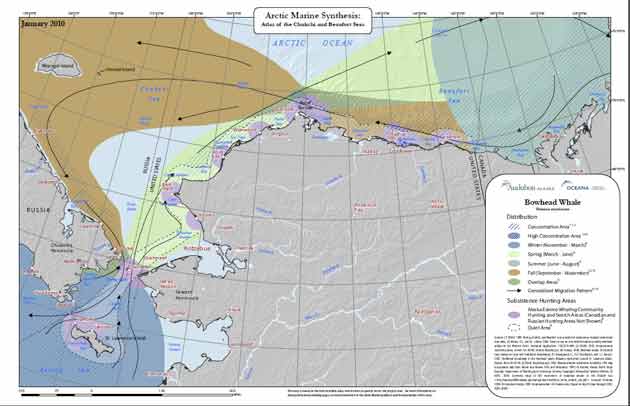 This is the season of the autumn migration of bowhead whales. They’re vacating the Arctic for their winter waters in the Bering Sea. As you can see in the map above, their migration follows a figure-eight pattern: in spring, up from the Bering along the Alaskan coast, past Point Barrow and into the Arctic Ocean as far as the Canadian Archipelago; in autumn, down along the Beaufort Shelf off northern Alaska, past Point Barrow again, en route to the Russian coast of the Chukchi Sea, then back to the Bering Sea. (Thanks to Melanie Smith, a bird observer aboard Healy, and author of the “Arctic Ocean Atlas,” for this map. I’ll write more about her work later.)

Virtually every bowhead in this part of the Arctic is streaming past Point Barrow at this time of year. Consequently this season was traditionally one of two whaling seasons for Inupiat in the area. And nowadays it’s one of two seasons when Inupiat get a bowhead catch quota. But it’s also the season for our science cruise to work these same waters. 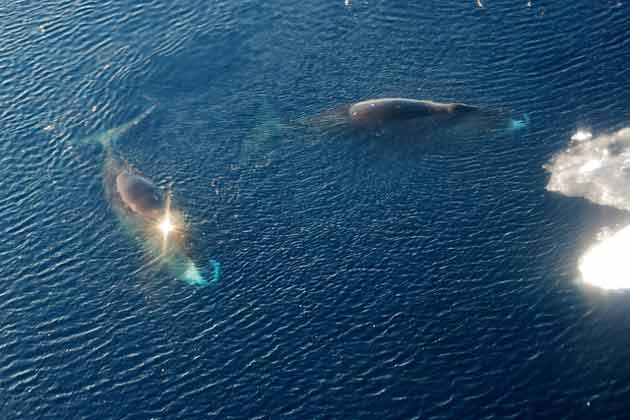 That’s a lot going on in one relatively small piece of ocean.

Inupiat whalers don’t want big ships, like ours, around when they’re actively hunting bowheads because they fear big ships drive away the whales. So as long as Inupiat still have whales left on their quota and as long as they want to go out and hunt, Healy works elsewhere. Leanna’s job is to help coordinate between the ship and the whalers as these decisions are made.

Even though the whalers of Barrow have one whale left on their quota this season, Healy has been able to work off Point Barrow for the past three days because 25-knot winds have kept the whalers and their small boats ashore.