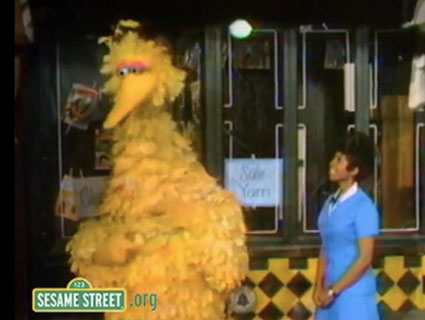 About halfway through Wednesday’s debate, Romney took a hit at host Jim Lehrer’s network PBS, and one of its most well-known stars: Big Bird. Talking about federal subsidies he would eliminate in order to reign in the deficit, he said this:

The Twittersphere exploded with a Big Bird hashtag (#savebigbird) and Twitter handles, and the character’s name earned 17,000 tweets per minute, according to The Hill. Incidentally, the Center for Public Broadcasting, which funds PBS, made up .00014 percent of the federal budget last year. But whatever.

Here are a few of the Big Birds that were born.

I guess I should have seen it coming; I am part of the 47% after all. #savebigbird

If Romney had grown up with me, he wouldn’t have his numbers all screwed up. 🙁 #denverdebate #debates #PBS #SupportBigBird

It even inspired avatar solidarity:

Now being RT’d by people who have changed their avatars to Big Bird. This is the new “go green for Iran.”