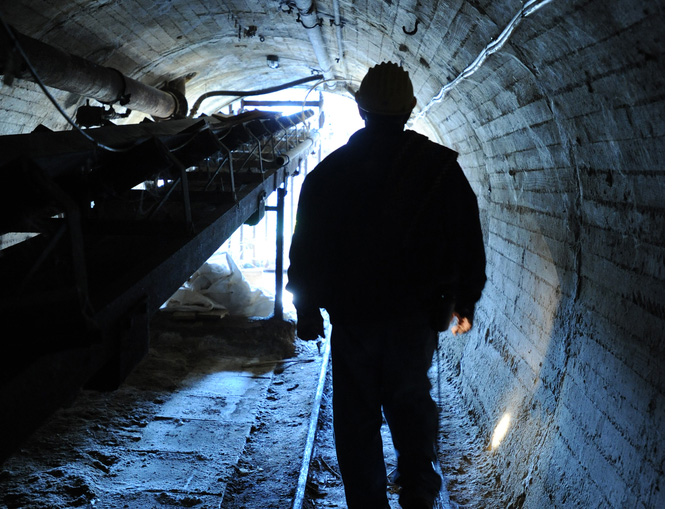 In September, news broke that the Buchanan Mine in southwestern Virginia, owned by Consol Energy, was temporarily laying off most of the its 620 employees. Rep. Morgan Griffith (R-Va.) and the rest of the GOP were quick to capitalize on the layoffs as evidence of the Obama administration’s “ongoing war on coal.” Pat Mullins, the chairman of the Virginia GOP, issued a statement a few days after the layoffs were announced citing the mine shut-downs as the result of the Obama administration’s “failed leadership and destructive policies.” The Republican National Committee has also cited the Buchanan layoffs as more evidence of Obama’s coal-killing agenda.

But last week, Pittsburgh-based Consol issued a press release indicating that it is reopening the Buchanan mine. The mine will reopen during the week of the election.

The announcement has gotten little coverage outside of this story in the local newspaper. Consol’s own press release says the temporary shut-down of the mine was in response to “weak markets” for metallurgical coal, which is used to make steel, and that the company was “voluntarily curtailing production.” Despite the idling of this mine as well as another in West Virginia, Consol still expects to produce 13.4 to 13.8 million tons of coal in the third quarter. So much for the “war on coal.”

Meanwhile, Consol has long been a big backer of Republicans and a few coal-friendly Democrats. The company was a major donor to Rick Santorum when he was in the Senate, and then paid him handsomely for his work a “consultant” after leaving Congress. Consol’s political action committee has donated $62,500 to Mitt Romney’s campaign this year, according to Open Secrets. The PAC has also given $15,000 to Griffith, the congressman who was quoted last month blaming the Buchanan layoffs on President Obama.

UPDATE: Consol spokeswoman Lynn Seay notes that while the Buchanan mine will restart, it will be operating at full capacity:

One hundred ninety production and maintenance employees will not return to Buchanan Mine and the company is currently working to reassign those employees, as well as some salaried employees, to other CONSOL Energy mines. Buchanan Mine typically produces approximately 400,000 tons per month on a seven day week schedule; the company anticipates that monthly production will be approximately 293,000 tons per month on the reduced schedule.