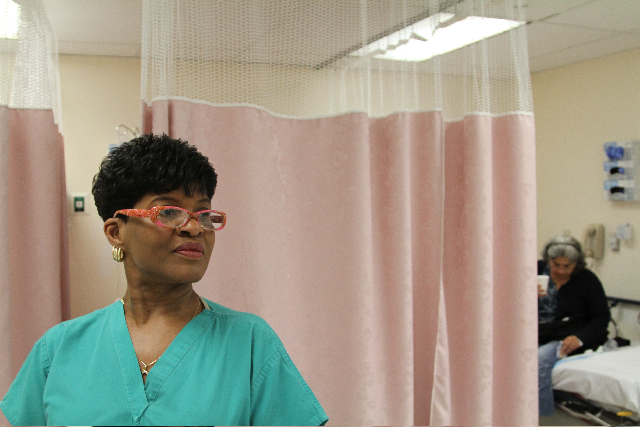 To understand the stakes of America’s health care debate, you don’t need a trip to the Supreme Court—you could visit the emergency room of a public hospital instead. In the 24 hours chronicled by The Waiting Room, 241 patients pass through the ER. Some are young, others are old, a few are bleeding, many are chronically ill—nearly all of them are uninsured.

Emmy-award winning filmmaker Pete Nicks’ fly-on-the-wall documentary never mentions Obamacare or any other policy topic, but the stories he tells are a powerful indictment of a broken health care system. The film is set at Highland Hospital in Oakland, California. Nicks has been wanting to make a documentary at Highland ever since he was fresh out of Berkeley j-school, around the same time his wife took a job as a speech pathologist at Highland. He had spent months on a storytelling project with patients in the hospital’s waiting room before filming this documentary.

Nicks sat down with us in San Francisco, where the film will premiere this Friday. Click here for a list of where The Waiting Room will be screened.

Mother Jones: It struck me in the film that saving lives isn’t necessarily about these heroics in the surgery room; it’s about helping patients navigate this huge bureaucracy. You have scenes where an administrator is telling a young man how to pay for surgery and a doctor trying to figure whether the drug addict he’s discharging has safe place to go— 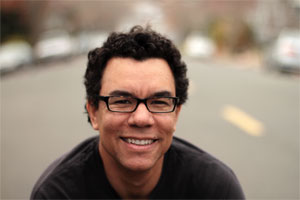 Pete Nicks International Film CircuitPN: Yeah, it’s more than a health care film. It’s about a community that for generations has dealt with societal issues. People say that safety net hospitals are where social experiments go to die. You see a lot of homelessness, mental illness, unemployment—it’s the manifestation of a lot of our social challenges. Health is just one piece of that.

MJ: You shot this documentary over five months but when you watch it, it comes across as one day in the hospital. Why did you decide to do that?

PN: The story of Highland is the waiting room fills up, the staff tries to clear it, and the next morning it fills right up again. We thought it was important to give the audience that sense of a relentless tide. For doctors it’s like shoveling sand against the tide. The film doesn’t have a main character, but there is an antagonist, and that antagonist is the system. It’s a system that’s left an entire community under-resourced and patients flooding the waiting rooms seeking primary care.

MJ: Highland is known for its trauma unit and treating many gunshot victims, but you don’t focus on that.

PN: It might make for a better film on some level, but it wouldn’t add to the conversation in terms of what these communities were going though. We wanted to show the challenges that a safety net hospital deals with, so pieces were very carefully selected. Some of the most dramatic stuff didn’t make it in.

MJ: So how did you choose the patients who ended up in the film?

PN: They represented thematic archetypes. We knew we wanted someone who just lost his job. We wanted a young person who was not covered. We wanted somebody who was caught in the maelstrom of the financial crisis; that was the carpet layer whose home was foreclosed. Every character was carefully selected and we didn’t do it on the basis of how exciting the scene was. We didn’t want to shy away from the characters who might be tougher to sympathize with. We wanted to allow them all a degree of humanity that they’ve earned by being human.

MJ: Have you kept in touch with the patients?

PN: I’ve been in touch with a bunch of them. The family of the girl with strep I haven’t been able to get in touch with. I emailed the mom and she said her phone had gotten cut off. I was like “Just call me, call me…this film is like all over the world. We can have a fundraiser for you guys.” Their lives are so complicated that being a star of a documentary is not a priority for them. The father, his email bounced back, his cell phone got shut off, so I lost him. And I’m still trying.

MJ: How did you get the doctors and patients to open up to you?

PN: You can’t walk into the hospital with a camera and be like, “The CEO said we could be here.” It does not work like that. The nurses are highly protective of patient privacy, doctors are incredibly wary of outsiders. The patients, like “Who are you?” So you have to negotiate that intimate person-to-person access. It’s just a slow process. A remarkable number of people agreed to let us into their lives, and I think It’s because they weren’t used to people actually saying, “Who are you? What’s your story?”

MJ: You really let patients and doctors speak for themselves. There are no talking heads in the documentary.

PN: The talking heads are already out there. They are the ones who have the megaphone, so why give it to them again? The strongest political statement in the film was allowing people in the waiting room a voice. The health care debate is very ideological and divisive, but I thought it was important to make a film that brought humanity to the forefront.

MJ: What would you have liked to include if the film could be twice as long?