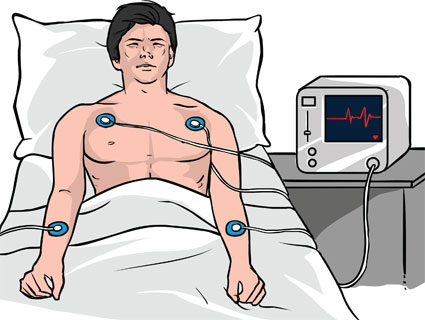 The passage of health care reform has been President Obama’s biggest legislative achievement—but also his biggest political liability. Republicans have spent hundreds of millions of dollars attacking the law, claiming, variously, that it will raise taxes, harm Medicare, and place government bureaucrats in charge of health care decisions. The Obama administration and its allies, meanwhile, have been woefully unable to cut through the noise and clearly articulate to Americans how Obamacare will benefit them. If Obama loses the election on Tuesday, their failure to do so could be a factor in his electoral downfall.

Between 2010, when the law passed, and mid-June, when the Supreme Court was poised to decide its fate, Obamacare opponents dumped a combined $235 million into ads attacking the law. Supporters only spent $69 million, according to the New York Times. Of that, the Obama campaign spent a measly $700,000 defending the president’s signature accomplishment.

The result of the spending disparity is striking. A Harris poll out this week shows that more than 30 percent of the country would still like to see the law repealed entirely, and another 22 percent would like to see parts of it repealed. The poll also suggests that even two years after the law passed, and after millions of people have started to see real benefits from it, most Americans remain clueless about how Obamacare works. One glaring example: The poll found that 34 percent of Republicans and 21 percent of independent voters erroneously believe the law has increased their taxes. (It hasn’t. None of the law’s tax provisions kick in until 2013. When they do, they will only affect individuals earning more than $200,000 a year, whose Medicare taxes will increase by 0.9 percent.)

Republican voters in particular are inclined to think the worst about the law, discounting its upsides even when they have or will likely benefit from its provisions, according to the poll. I discovered how deep this phenomenon runs when I was in Utah in August reporting on a congressional race. One night, I attended a Salt Lake City town hall meeting with Sen. John McCain (R-Ariz.) and GOP candidate Mia Love. Love has been extremely outspoken in her opposition to Obamacare and her desire to see it repealed, even though she hasn’t proposed any reasonable alternative plans. (When asked about her own health care proposals during the event, Love offered up measures that had already been passed as part of Obamacare.)

After the town hall, Denise Hadley, a West Jordan woman who suffers from multiple sclerosis, approached Love to ask her how she would address the high price of prescription drugs, noting that one medication she takes costs $46,000 a year. Love informed her that any solution would require a “free-market response,” and she promised to arrange a meeting with her to discuss the problem. (She never did.)

Love’s non-answer on the prescription drug question didn’t leave Hadley looking to Democrats for better ones, though. Instead, she told me she is “100 percent against Obama.” And she still agreed with Love—and many other Republicans—that Obamacare should be repealed. Hadley seemed unaware of the myriad ways in which the law was likely to help her.

Diagnosed with MS at 32, Hadley is now 55 and occasionally has to use a wheelchair for long trips. She works as a receptionist for a medical company earning $13 an hour. She has two separate insurance plans to meet her health care needs, one through her employer and one through her husband’s. But before Obamacare, her illness put her at high risk of both losing her insurance and also becoming uninsurable, one of the reasons the National Multiple Sclerosis Society supported the law. Thanks to Obamacare, Hadley is now protected from those fates since insurance companies are required to cover everyone, no matter how sick.

The new law may also reduce Hadley’s out-of-pocket health care costs significantly. Her insurance covers the $46,000-a-year drug that keeps her healthy, but often requires $700 to $800 a month in co-pays. That one drug often eats up much of her paycheck. Once Obamacare is fully implemented in 2014, though, Hadley could benefit from a new cap on out-of-pocket expenses in all insurance plans offered on the individual market or in small group plans. The cap is based on a sliding scale depending on income, but still means that in such plans, her maximum out-of-pocket costs would be no more than about $6,000 (excluding premiums). The provision could save Hadley at least $1,000 a year just based on the cost of a single drug she uses, and probably more.

Moreover, depending on her income and the sort of insurance her employer and her husband’s offer, she may be eligible to buy a single and much better insurance plan than the ones she presently has from a state exchange. By law, those plans will be required to cover a broader range of services than many existing insurance plans, including a host of therapeutic services that are often critical to people with MS. She might also qualify for a tax credit to offset the cost of the new premiums. Hadley, though didn’t know any of this. She emailed me later to tell me she voted for Love, who would like to see all of these benefits eliminated.

Hadley wasn’t the only person I met that night in Salt Lake who was vehemently opposed to a law that would so obviously help her. Chelsea Woodruff is a state Republican Party delegate and candidate for the state Senate. Woodruff is an example of how the Republicans have persuaded white, working-class Americans continue to vote against their own economic interests, in this case with regard to health care.

After being unemployed for more than two years until recently, Woodruff says she has been a beneficiary of virtually every federal anti-poverty program that Love, along with Mitt Romney and Paul Ryan, would like to cut or eliminate, including food stamps; the Women, Infants, and Children nutrition program; Medicaid; and even the federal mortgage relief program. Woodruff’s husband is uninsured, and she recently filed for bankruptcy because of $60,000 worth of medical debt that Obamacare might have averted. But Woodruff would still like to see Obamacare repealed because she believes “government is not the answer.”

When I suggested that Obamacare might actually help her family, particularly her uninsured husband, Woodruff argued with me about it before she stalked off muttering something about the $3,000 in taxes she claimed the law was going to force her to pay. (It won’t.)

Ethan Rome isn’t surprised by Woodruff’s reaction, or Hadley’s. He’s the executive director of Health Care for America Now, an advocacy group that has been deeply involved in promoting Obamacare and educating the public on how it might help them. He says that even if Obama had expended more cash and effort trying to persuade voters that Obamacare is good for them, it probably wouldn’t have made that much of a difference.

The administration, he argues, “has been as active as an administration could be on any issue. They fill up email boxes every single day with the good news about this law. The president has been extremely forceful and clear about both the specific benefits of this law. But we are talking about the most complicated and significant piece of social policy in 40-plus years, and it’s been demonized and vilified by opponents who have an extraordinary amount of money and have the benefit of the most polarized electorate in the history of our country.”

Rome believes that people like Hadley and Woodruff will eventually come around to the health care law once they experience the benefits first hand. But those benefits aren’t coming fast enough to help Obama in this election. And they may never materialize if he loses. After all, the Republican candidates Woodruff and Hadley are supporting are planning to get rid of those health care improvements long before they ever have a chance to win Democrats any votes.